dApps: A Look into the World of Decentralized Applications 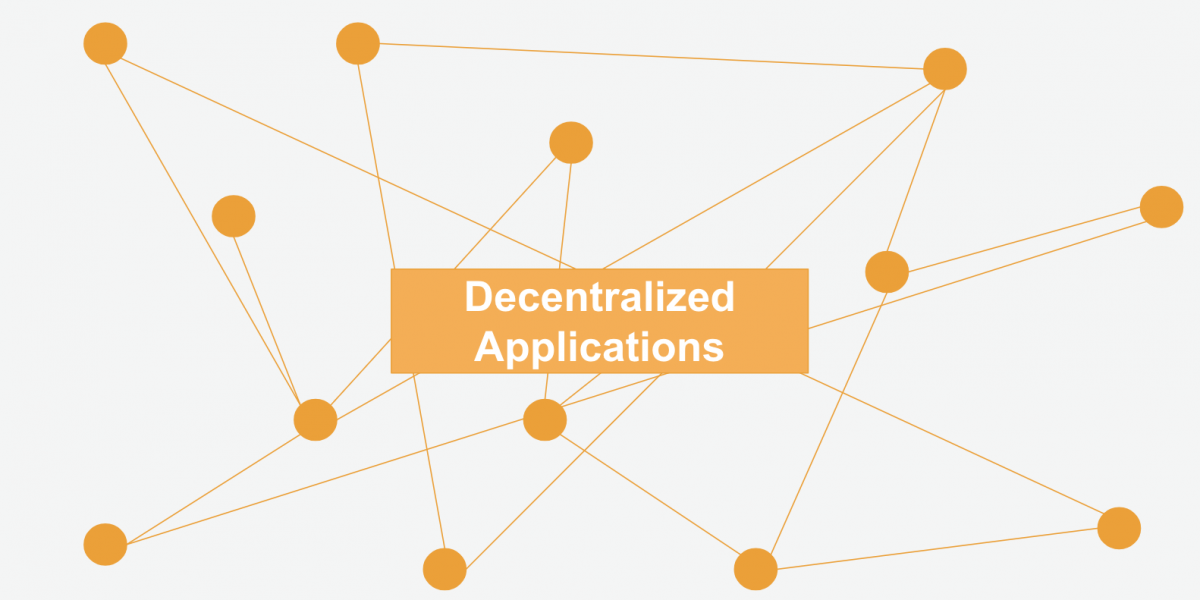 Decentralized applications (dApps) are one of many breakthrough use cases for blockchain technology. Through dApps and similar user-focused pursuits, projects within the blockchain industry look to restructure many of the existing power-dynamics that govern our everyday lives.

Largely, these pursuits are designed to overthrow the need for intermediaries, allowing users to directly trade and interact with one another. Today, entire platforms like Ethereum and NEO are built around the idea of facilitating an environment for decentralized applications to flourish.

Decentralization and the history of dApps

For the most part, the blockchain revolution began with the launch of Bitcoin. The currency required a method of remaining decentralized while still managing to overcome the double spending problem. The solution was blockchain technology, a form of emerging tech that has since escaped its original use and amassed a variety of applications outside of the world of finance.

Several newer digital currencies recognized other applications for decentralization. These projects continue to leverage blockchain technology as a way of overthrowing the middlemen that dominate most industries.

Today, the most popular framework for dApps is Ethereum. The brainchild of pioneers like Vitalik Buterin and Anthony Di Iorio, Ethereum launched its Ether sale in 2014 with the hopes of serving as the technological backbone for decentralized projects.

These applications function outside of anyone’s control

The paper outlines three criteria that define decentralized applications. The first is that the application must be open-source and not be under the control of any central party. Data about its operations must also be stored on a public ledger.

The second criteria is that applications must generate tokens in a standardized fashion, and distribute tokens clearly. Further, the paper states that the issued tokens must be necessary for facilitating the application.

Lastly, according to these criteria, the application may change in response to feedback or potential improvements, but these changes must arrive as a result of a majority consensus of users.

Platforms like Ethereum are able to support decentralized applications through creating a framework which developers can leverage in order to meet all three of these criteria. Participating devices in the Ethereum network serve to build this infrastructure, each contributing to the peer-to-peer network through validating transactions and adding information to the blockchain autonomously.

Decentralized applications are a disruptive alternative

The vast majority of applications and programs in the world today rely on the app’s developers or other third parties in order to carry out their services. In modern times, users often find themselves at risk of having their information breached or stolen, and need to trust intermediaries to keep their information secure.

However, intermediaries have failed at protecting users many times in the past. Facebook, for example, found itself in a scandal reportedly involving the personal information of up to 87 million users being obtained by a third party firm known as Cambridge Analytica.

Similarly, the Equifax breach in 2017 purportedly affected 145.5 million Americans, with stolen information including the full names and even Social Security numbers (SSNs) of millions of people.

In addition to issues with placing trust in third parties, intermediaries are also known to add costs to services. Proponents of decentralization believe that these fees could be better spent on facilitating the network or being given directly to sellers, buyers, traders, or users.

The idea behind decentralized applications is recognizing that they have the potential to allow users and entities to interact directly with one another. As a result, dApps can limit the drawbacks of intermediaries such as added costs, risks, or otherwise unnecessary complications.

How dApps are taking form in the real world

There are many examples of decentralized applications already available on the market. These applications continue to grow alongside their supporting technology, and developers are increasingly looking to decentralized alternatives for carrying out their services.

One example of a popular dApp is CryptoKitties. The platform managed to raise $12 million dollars in a funding wave, months after congesting the Ethereum network as a result of its sudden popularity.

While the dApp is simply a platform for users to trade and breed digital kittens, these collectibles have sold for thousands of dollars in the past, and demonstrate that ‘crytocollectibles’ are a use case for blockchain technology.

In this dApp, users directly control the worth of digital kittens and retain ownership of their virtual pet.

Another example of a dApp on the market today is OpenBazaar, a decentralized e-commerce solution to platforms like eBay.

While users on most online trading platforms must comply with its rules and are often charged a fee for trading, OpenBazaar is not under the control of anyone, not even its developers. The result is a system that theoretically allows direct user-to-user trade to occur online.

Zooming out, there is an entire world of dApps out there worth discovering, and more are being created each day, The push to create services that escape intermediaries and allow users to interact directly in a peer-to-peer fashion could prove to be one of the most disruptive results of the blockchain movement.