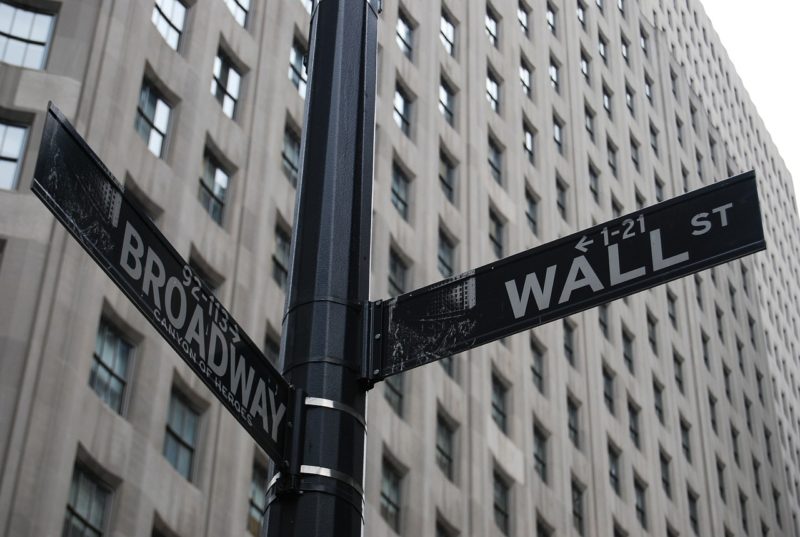 Wall Street disagrees on the use and future of digital currencies. They mostly believe, however, in the potential benefit of blockchain technologies.

Blockchains have multiple applications across industries. The speed and security they offer transactions means they will always have a prime position in financial infrastructures. They are essential to the existence of digital currencies, but have much wider applications.

Finance magnates, bankers and professional investors have mixed opinions on digital currencies. Some describe their growth as a fad or a bubble that is likely to burst. Others are moving their investments and channelling their energy, to the decentralized currencies which could power the economies of the very near future.

The WSBA believes that blockchain, distributed ledgers, and smart contracts will dramatically shift how financial markets and the global economy operate. They believe blockchain technology is a powerful medium with which to share and access value.

The goal of the WSBA is to guide and promote adoption of blockchain technology through communication and studies.

The WSBA holds an annual event for members and non-members. As well, they communicate extensively with their network through digital means, and operate a number of work groups. The work groups focus on four key areas: legal, tax and accounting, research and innovation, and technology and product.

One example is the WSBA’s partnership with the largest accountancy group in the world, the American Institute of Certified Public Accountants (AICPA).

The technology arm of the AICPA leads the WSBA tax and account group. Their goal is to assess and report blockchain impact and adoption within the sector. The group uses forums, roundtables and webcasts to investigate and educate on the use of blockchain and smart contracts within tax and accounting systems.

“The accounting profession is built on confirmation and verification, and that’s what blockchain is all about.” said AICPA CEO Barry Melancon. “This technology can have a profound impact on accounting and finance going forward, and it’s important we … work in the best interest of the public and our financial markets”.

The WSBA has both corporate and individual members across banks, financial exchanges, government agencies and other technology and financial companies.

As of November 15th, 2017, the WSBA can now boast big four accounting giant KPMG as a member. KPMG will also take a seat on the board of directors and describe blockchain as “maturing” with the potential to “dramatically impact” the financial sector.

Though Wall Street’s acceptance of bitcoin and other digital currencies is a different story entirely, it’s a given that Wall Street’s key players and stakeholders are seeking to adopt blockchain technologies.

Financial markets will be adopting and utilizing blockchains, open ledgers and smart contracts.

Organizations across every sector of commerce and industry are embracing blockchain in the same way the internet quickly permeated every aspect of their operations.