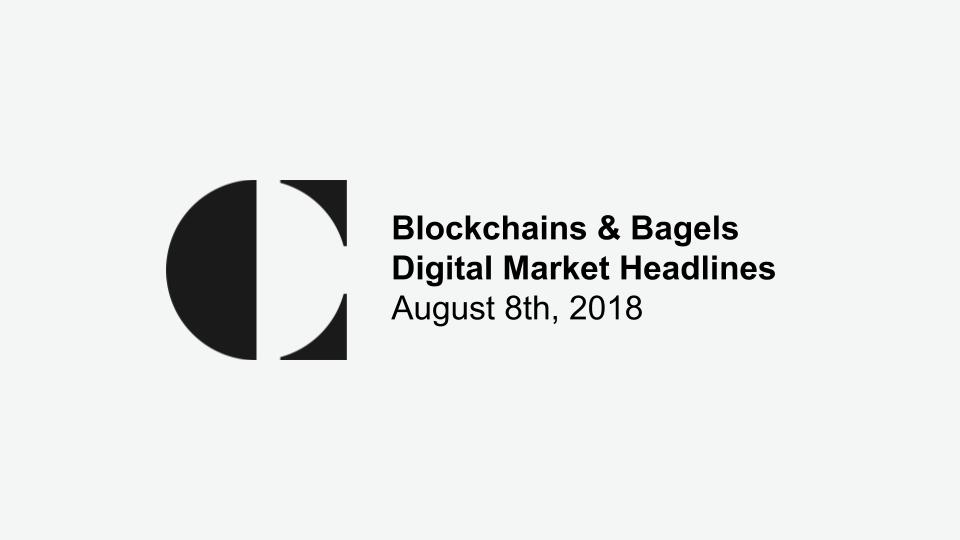 Blockchains and Bagels: the morning market update to get you ready for the day ahead. Today, SEC postpones Bitcoin ETF decision; Starbucks partners with ICE, Microsoft on new crypto platform.

The US Securities and Exchange Commission has delayed the decision on whether to allow the listing of VanEck-SolidX Bitcoin ETF. Officials at the agency have until September 30 to deliberate on the approval/disapproval of a proposed rule change from the CBOE, that would allow the fund to list. Bitcoin fell sharply after the news announcement.

Starbucks is partnering with Intercontinental Exchange and Microsoft, to help build a new digital platform, Bakkt, that will allow consumers to use cryptocurrencies to pay for transactions. The platform aims to convert bitcoin and other digital currencies into U.S. dollars, which then can be used to purchase in-store items.

Bitmain to invest $500 million in Texas Data and Mining Facility

Cryptocurrency mining firm Bitmain plans to build a $500 million blockchain data center and mining facility in Rockdale, Texas as part of a bigger expansion into the U.S market. The new site will be built in a former aluminum smelter plant and is expected to bring 400 jobs to the local economy.

Libra, a provider of financial reporting tools and services for the crypto asset space, has completed a $15 million Series B funding round, with total raised at $24.8 million. The company will use the funds to enhance their core offerings, which includes automated audit, accounting, and tax processes for cryptocurrency businesses.