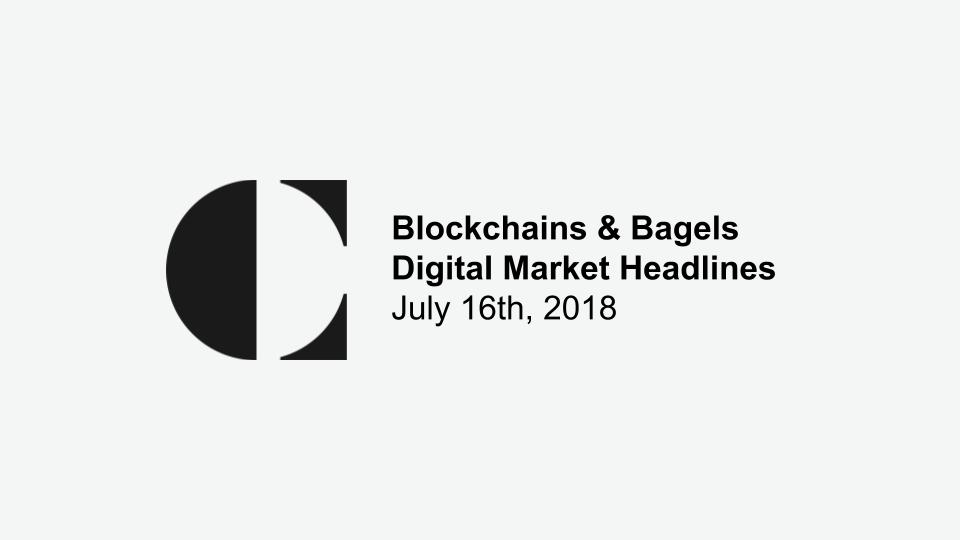 Blockchains and Bagels: the morning market update to get you ready for the day ahead. Today,  Oracle officially releases the Oracle Blockchain Cloud Service for enterprises. BlackRock has created a working group to explore digital assets.

The company had been testing the Oracle Blockchain Cloud Service with select companies around the world. The service allows organizations to build and deploy blockchain networks that integrate with existing Oracle software. Oracle leveraged The Linux Foundation’s Hyperledger Fabric and repacked it into a single console allowing for faster set-up and development.

The world’s largest asset manager will examine the ways to enter the digital asset market. The working group is tasked with exploring the initiatives of competitors and the impacts on its business.

The US-based exchange announced on Friday it is exploring the addition of five tokens. The company made public their work on adding Cardano, Basic Attention Token, Stellar Lumens, Zcash and 0x, causing them to rally into the weekend.

The company is planning to purchase a European bank, launch a digital asset exchange and develop a clearing and settlement platform. The exchange will use Bittrex’s exchange technology stack.