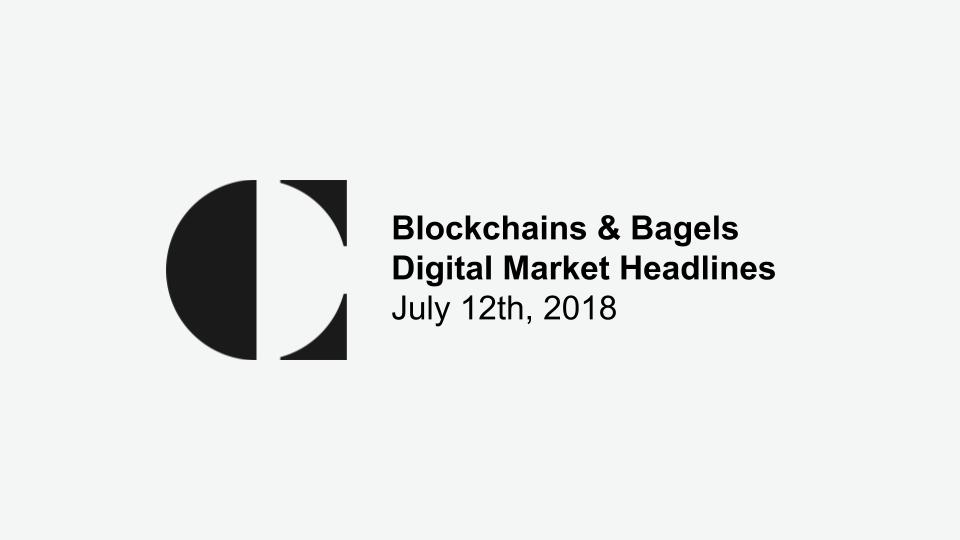 Blockchains and Bagels: the morning market update to get you ready for the day ahead. Today, The Litecoin Foundation has closed a strategic partnership with TokenPay. South Korea moves forward with digital asset regulation.

The Litecoin Foundation closes a deal with TokenPay, acquires ownership in a bank

The Litecoin Foundation has entered into a strategic partnership with TokenPay to develop its platform. TokenPay acquired 9.9% of WEG Bank, based in Germany, with the option to purchase 90% of the company pending regulatory approval. As part of the deal, the Litecoin Foundation see ownership benefits in exchange for technological and marketing expertise.

The Korea Times has reported that legislators have drafted bills for cryptocurrencies, initial coin offerings, and distributed ledger technology. It is rumored the Korean National Assembly will meet before the end of July.

Richemont’s Jin Keyu announced the company’s plans to monitor diamonds and watches on a distributed ledger. Jin Keyu was appointed to the board of Richemont last year. Keyu is an associate professor of economics at the London School of Economics.

Riyadh has partnered with IBM to implement a blockchain platform

IBM will work with the municipal government to increase the efficiency of government services using a blockchain. The initiative is supported through the Saudi Vision 2030 program that seeks to improve the quality of municipal services.