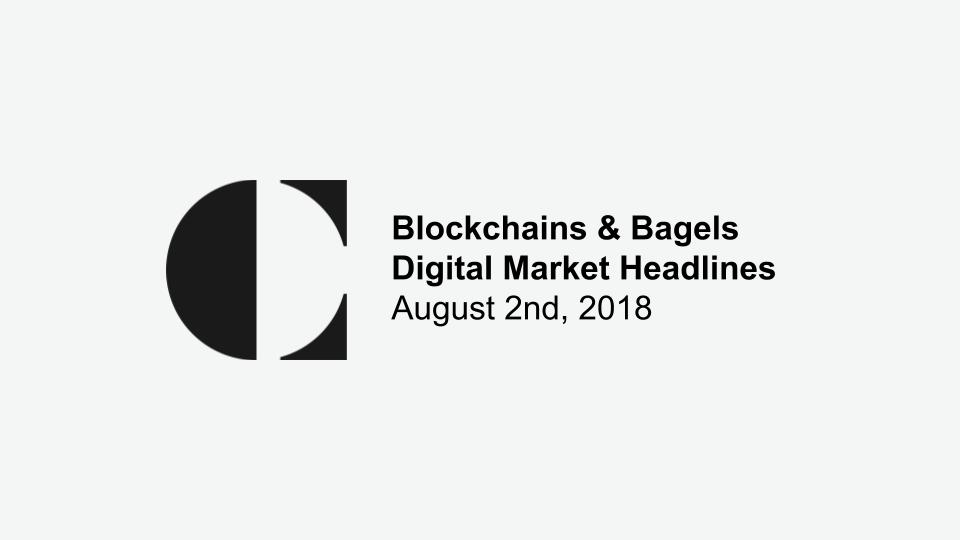 Blockchains and Bagels: the morning market update to get you ready for the day ahead. Today, KPMG study cites blockchain investments in H1 2018 exceeds total investment last year. Coinmarketcap releases API for professionals.

KPMG has released a report on fintech investment globally, including blockchain

Coinmarketcap has released an API geared towards professionals and institutions

The largest digital asset market tracker has released an API that aggregates data into one offering. The company spent over a month beta testing the product with users before implementation. The product is priced at US$79-US$699 a month.

The company’s U.K operations have improved its processes to allow for same day withdrawals and deposits. The changes remove an intermediary step where users had to convert to Euro before Sterling.

The Australian exchange, CoinJar, has launched the country’s first index fund. The Digital Currency Fund offers two classes, one that provides exposure only to bitcoin and another with six select digital currencies.