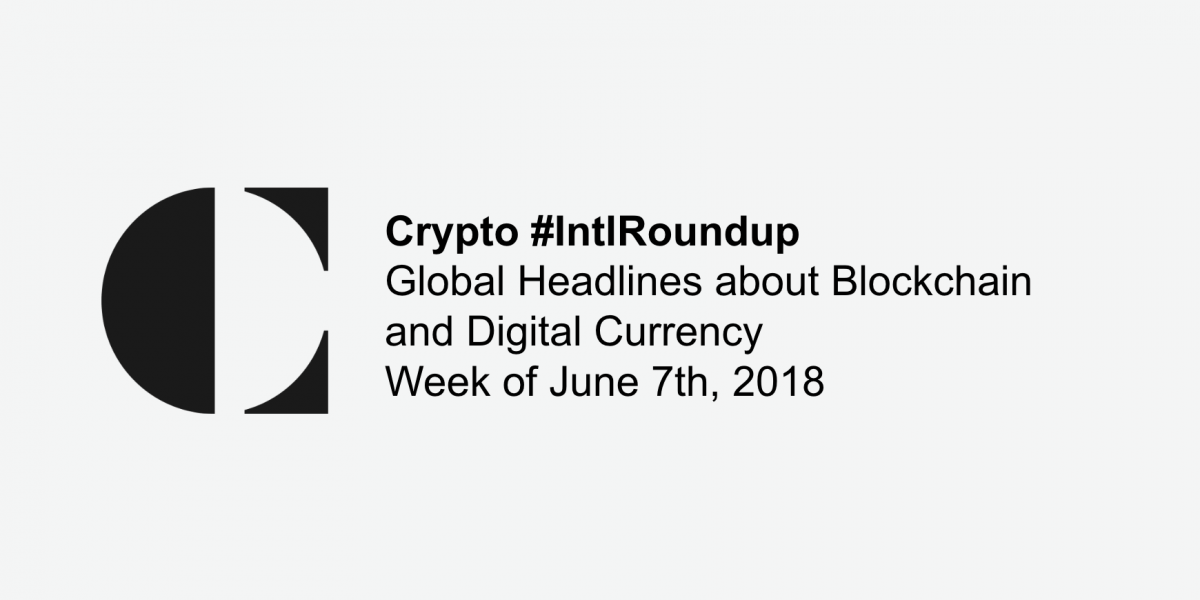 The global nature of digital currencies makes following international news beneficial for investors and interested parties participating in the market. However, due to how fast news travels through the landscape, it can be easy to miss the occasional story now and again. This week, we look at the U.S. Securities and Exchange Commission appointing a digital asset advisor, Norway’s largest financial services group partnering with IOTA, and more.

The U.S. Securities and Exchange Commission (SEC) is a significant player in the international regulatory landscape. Now, the independent federal government agency is continuing its efforts to contextualize the digital currency industry, and is appointing an advisor who will reportedly oversee regulatory matters concerning digital currencies.

According to an official press release from the SEC, Valerie A. Szczepanik will serve as both the Associate Director in Division of Corporation Finance, and the Senior Advisor for Digital Assets and Innovation.

“Valerie recognized early on the securities law implications of developments like blockchain and distributed ledger technologies, and of cryptocurrencies, Initial Coin Offerings, tokenized securities, and other digital instruments,” said Division Director Bill Hinman. “She is a recognized leader in responding to developments in our markets. I am excited to have her join me and the Division’s staff as the SEC continues to collaborate with retail investors, issuers and other market participants, in this important and rapidly evolving area.”

SBI Holdings, a financial institution in Japan, confirmed the launch of its digital currency exchange, VCTRADE.

VCTRADE arrived 15 months after it was announced in 2016, and SBI reportedly took its time in order to adequately prepare for the launch. According to translations of the announcement (note: link is in Japanese), the exchange is planning to first offer XRP trading, before expanding to Bitcoin and Bitcoin Cash.

Previously. Ripple and SBI Holdings entered a multi-national deal in order to accommodate the “growing demand for Ripple solutions across Asia.”

According to an official post from the IOTA team, the two parties will collaborate on matters regarding digital innovation.

“Norway has always been a vanguard in adopting cutting edge technological paradigm shifts that improve the efficiency of our society,” said IOTA Foundation founder David Sønstebø. “I am very excited at the IOTA Foundation, which is spearheading Distributed Ledger Technology and IoT payments, working with Norway’s largest financial institution on carrying this tradition onwards.”

According to a report from the ABC, Australia’s national broadcaster, Agnes Water 1770 is now billing itself as the country’s first digital currency town. The historic town is named after Captain Cook’s rumoured landing in 1770, but its residents are now attempting to make history once again.

Located in the state of Queensland, the town has a population of just over 2,000. Its new title was achieved by its officials and businesses setting out to have the highest concentration of stores that accept digital currencies anywhere in the country.