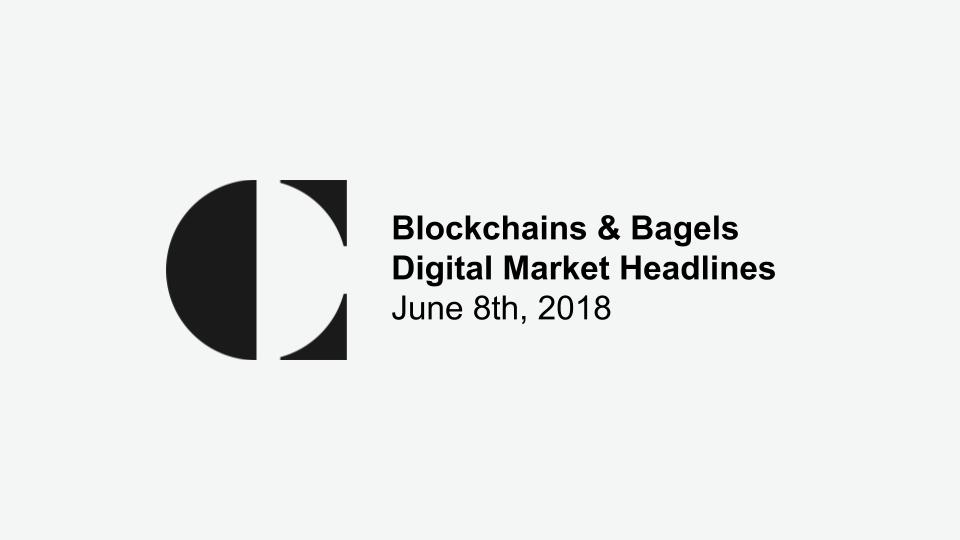 Blockchains and Bagels: the morning market update to get you ready for the day ahead. Today, in an interview with Bloomberg, Bitmain’s CEO considers an initial public offering.  The Quebec Government has placed a temporary stay on new mining operations.

In an interview with Bloomberg, Jihan Wu commented on the possibility of going public on a foreign exchange. Bitmain has expanded its operations into artificial intelligence. A public offering will raise capital to fuel the expansion and increase the company’s footprint.

A ministerial order has temporarily halted Hydro-Quebec from processing applications from miners until a selection process has been put in place. Hydro-Quebec will have to file an application with the Régie de l’Énergie that outlines how it will meet critical concerns.

Allianz and Deutsche Bank partner with Auto1 to offer financing

The three companies have formed Auto1 Fintech to offer insurance and loan refinancing that will be recorded on the blockchain. The company will leverage the public blockchain to allow their network of dealerships to immediately refinance their purchases.

SAP has announced a blockchain as a service platform easing enterprise blockchain implementations. The company has accepted 27 companies across numerous industries into its blockchain program.