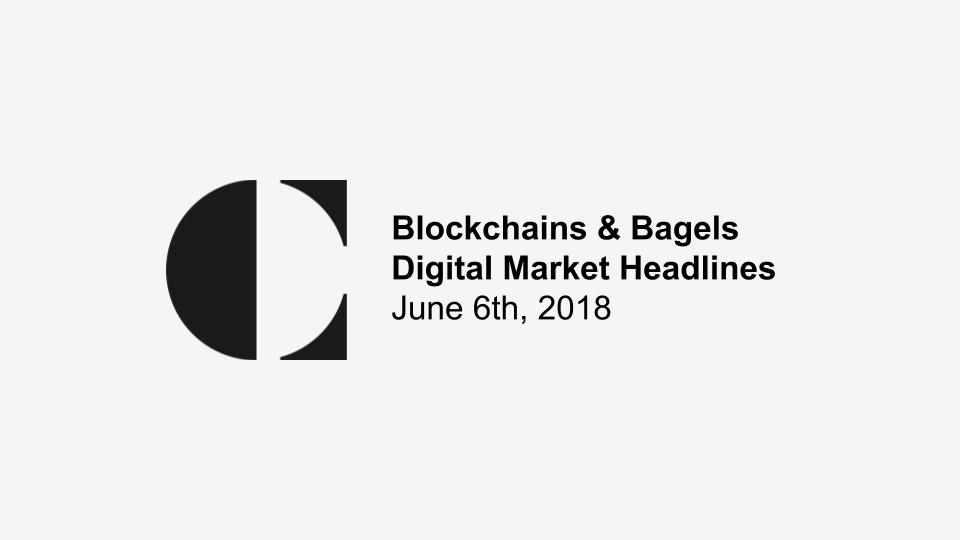 Blockchains and Bagels: the morning market update to get you ready for the day ahead. Today, Bitfinex halted trading yesterday amid DDoS attack. The IMF releases June commentary highlighting impacts of digital assets.

Th digital asset exchange halted its services yesterday after the platform experienced suffered issues with an infrastructure provider. Upon relaunching regular services the exchange was then targeted by a DDoS attack. The platform was able to resolve both issues and continue with normal operations by midday.

The International Monetary Fund has published an article highlighting the competitive pressures digital assets may have on fiat currencies. They describe three factors central bankers and governments should keep in mind when making policy decisions. The IMF believes that fiat currencies should act as more stable units of account and the preferred settlement vehicle while governments should work closely when drafting regulations to prevent regulatory arbitrage.

The Financial Services Agency may reject the FSHO’s exchange application. The FSA has set guidelines for operations and is in the process of reviewing applications. Recently, eight exchanges have indicated the intent to withdraw their applications.

Block.one has paid an upwards of US$ 120,000 to Guido Vranken for discovering bugs in the EOS codebase. Qihoo 360 had also report key high-risk vulnerabilities to the foundation. Bug bounty programs are commonplace with large software companies as a means of crowdsourcing security.