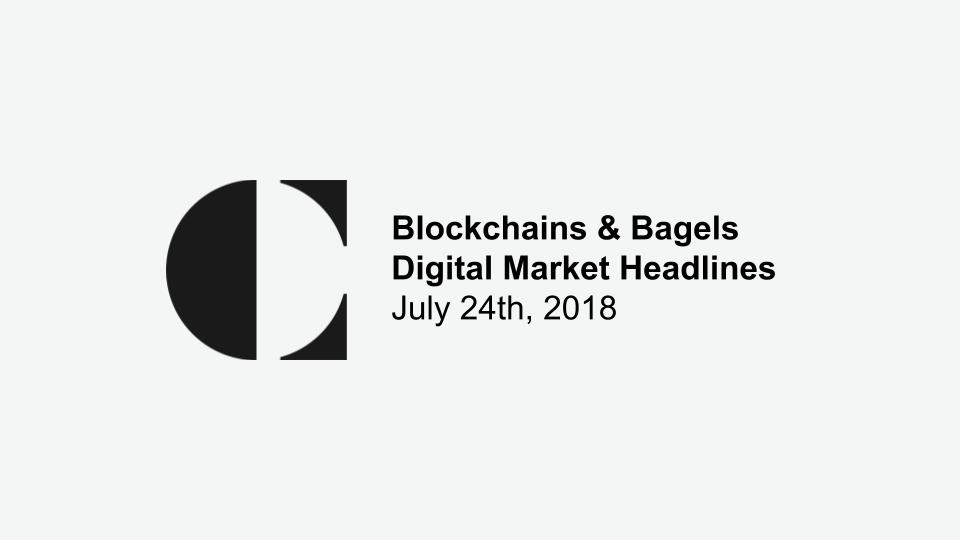 Blockchains and Bagels: the morning market update to get you ready for the day ahead. Today, Binance eyes South Korean expansion while Google adds Digital Asset to its list of partners in advance of blockchain offering.

Binance looks to South Korea as next region for expansion

Changpeng Zhao, the CEO of Binance, announced the intention to expand into Korea at the Blockchain Partners Summit. He sees the nation as an essential market in the digital asset universe. The company is rumoured to open three to five offices before the end of 2018.

The search giant has extended its partnership with the addition of Digital Asset. Google has not announced what tools will be provided. Further details are expected to be released later this week at Google Next 2018.

Ether Capital Corporation has made changes to its management team to lead the company into its next period of growth. Brian Mosoff has been appointed as Chief Executive Officer and Stefan Coolican as President and Chief Financial Officer. Michael Conn will be stepping down and will remain as an advisor as the business transitions to the new management team.

Notable hotels booking website HotelsInIran.com has begun taking bitcoin and bitcoin cash as payments for services. The adoption comes as US sanctions push the country out of the global financial system. Digital assets allow for payments to flow across borders without the use of the SWIFT network.