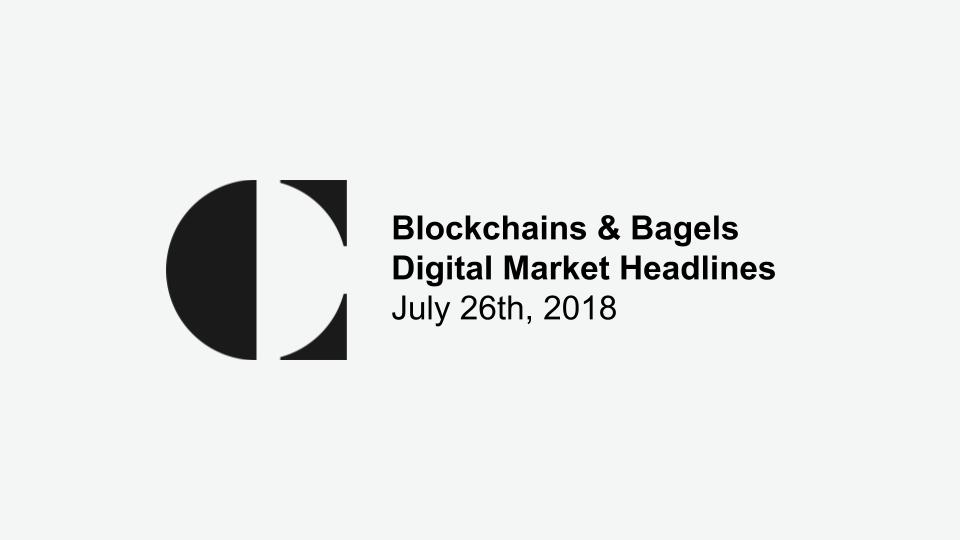 Blockchains and Bagels: the morning market update to get you ready for the day ahead. Today, Binance partners with the Maltese President’s Trust to launch the Blockchain Charity Foundation. BitMEX sets new daily record with over one million bitcoin traded.

The Maltese President’s Trust has announced a memorandum of understanding with Binance to create the Blockchain Charity Foundation. The foundation’s mandate is to support blockchain projects with social benefit. The organization will advocate for blockchain technology that addresses issues of sustainability.

BitMEX marks a new record in trading volume with one million bitcoin traded over the previous twenty-four hours. Arthur Hayes, the CEO, credited the company’s focus on scaling the trading architecture and the increasing sophistication in the market.

CFTC Chairman expresses concern that the regulator is falling behind

Chairman J.Christopher Giancarlo spoke to the House Committee on Agriculture addressing concerns that the agency is falling behind. He states that the current legal and regulatory environment does not allow the CFTC to monitor the blockchain. He advocated for a bill that would enable the regulator to accept shared data.