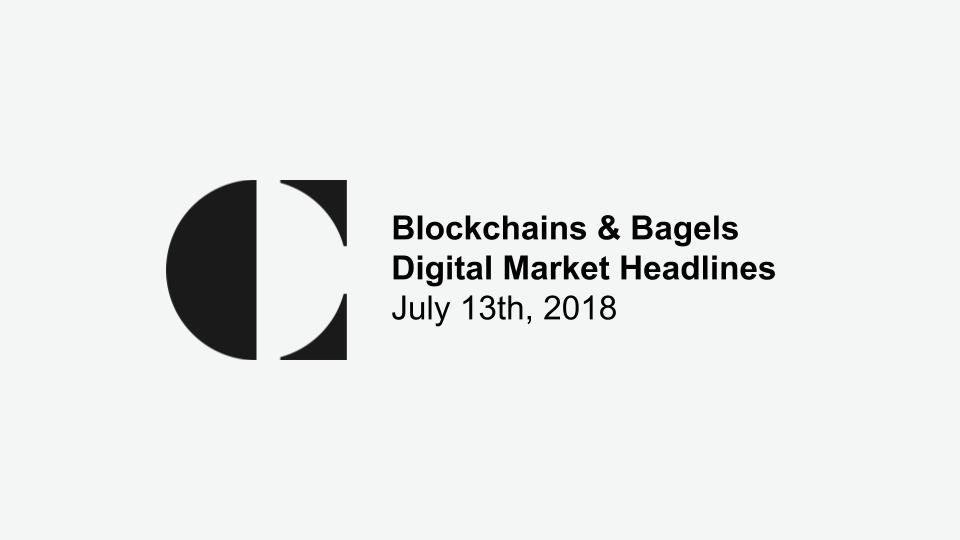 Blockchains and Bagels: the morning market update to get you ready for the day ahead. Today, The Bank of Canada publishes updated findings of the Bitcoin Omnibus Survey while Robinhood adds Bitcoin Cash and Litecoin.

The Bank of Canada published an update to its Bitcoin Omnibus Survey for 2017. The survey was first conducted in 2016 and summarizes adoption and usage in Canada. The main reason for ownership cited from participants changed from transactional purposes to investment purposes.

Robinhood has added Bitcoin Cash and Litecoin to its offering

The company has expanded its offering beyond Bitcoin and Ether with the addition of Bitcoin Cash and Litecoin. The brokerage currently offers digital asset trading in select states as it continues to seek licensing across the United States.

The bank had dropped out of the R3 consortium in 2016 to explore blockchain technologies on their own. The company has formed a Digital Investment Banking Team that will explore the use of tokens in initial offerings.

The Shanghai stock exchange announces plans to use blockchain technology

The fourth largest stock exchange is exploring ways to use distributed ledger technology in transactions. The company believes a blockchain can improve the transparency of the securities industry.