Canadian and U.S Regulators are making in-roads to protect investors against cases of digital currency fraud.

During a Quebec tribunal on October 20th, 2017, Canadian regulators instructed Dominic Lacroix and his partner Sabrina Paradis-Royer not to continue the ICO PlexCoin, launched by their firm PlexCorps. They were also banned from creating any further securities offerings.

Despite the order, PlexCorps continued to operate, encouraging investment in the PlexCoin ICO by unwitting investors.

The U.S Securities and Exchange Commission’s newly created Cyber Unit filed their first charges against the very same ICO on December 1st, 2017, and afterwards froze the assets of Lacroix and Paradis-Royer.

The U.S. SEC created their dedicated team, the Cyber Unit, in September to target incidences of fraud related to digital currencies and initial coin offerings (ICO’s).

On December 8th, 2017, Canadian courts ordered a two-month jail sentence and $100,000 in fines for contempt of court to the PlexCorps executives.

The Quebec regulator Autorité des Marchés Financiers (AMF) brought the initial tribunal against PlexCorps and its parent company DL Innov. When PlexCorps ignored the action, AMF sought and obtained a court order. As this also failed to take effect, the Superior Court in Quebec subsequently instructed the jail sentence and fines.

PlexCorps launched an ICO promising to reward investors with their token PlexCoin, then allegedly took millions from investors. In a Facebook promotion they promised a 13-fold return on their investment. 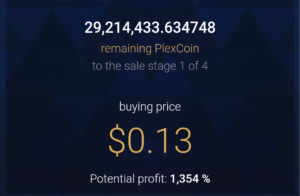 PlexCorps published PlexCoin ICO without identifying founders, a signal of the potential for a fraudulent offering. Quebec securities authorities previously looked into Dominic Lacroix, and research of his name could have potentially highlighted this to investors. In 2013, Lacroix and one of his companies were fined $25,000 CAD for six counts of “illegal placement, illegal practice, and transmission of false or misleading information” by the AMF.

Despite actions by Canadian authorities to prevent the PlexCoin offering, PlexCorps continued to operate. They took a purported $15 million USD investors in Canada and the US, between August and December 2017.

The US SEC deemed the PlexCoin ICO illegal in their December action, for not filing a registration statement or exemption.

The SEC also found the ICO to not have the team of global experts it detailed or the planned technology projects in development. Instead, investors funds were allegedly used for the personal expenses of Lacroix and his partner.

On December 1st, 2017, the SEC filed an emergency action to prevent the operation of PlexCorps, and its founders in securities or ICO related activities and to freeze all their assets. Now, the SEC wants more permanent judgements to prevent Lacroix operating and to address the fraudulent activity of PlexCorps.

Investors need to be aware of the dangers of fraudulent ICO activity. However, regulators are aware of the issues and have goals to regulate ICO’s and digital currencies.

Regulators urge any investor to conduct thorough research to protect themselves from fraudulent or risky offerings.