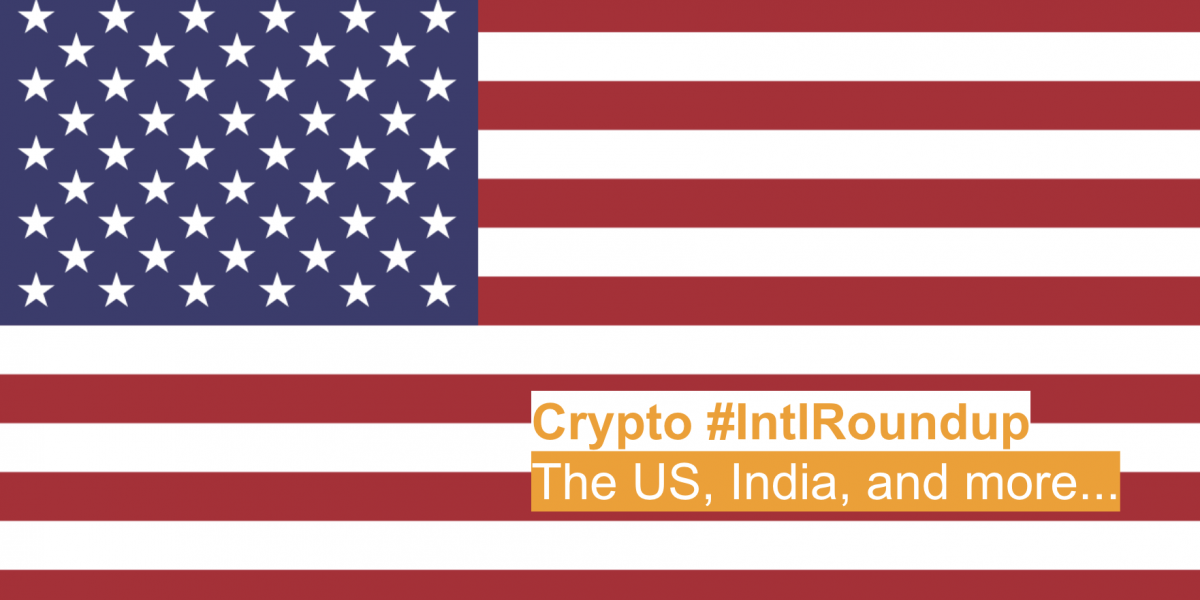 As part of our regular weekly roundup, Coinsquare News covered the week’s significant international cryptocurrency and blockchain headlines. In our first edition of the new year, we look at an announcement from a New York assemblyman regarding the first crypto task force in the U.S., South Africa’s plans to address the industry, and more.

In a Facebook post this week, New York State Assemblyman and Chair of Subcommittee on Internet and New Technologies, Clyde Vanel, spoke on the launch of a cryptocurrency-focused task force.

The first cryptocurrency task force in the country, according to the announcement, it will study how to regulate, define, and use cryptocurrencies.

“New York leads the country in finance,” said Vanel. “We will also lead in proper fintech regulation. The task force of experts will help us strike the balance between having a robust blockchain industry and cryptocurrency economic environment while at the same time protecting New York investors and consumers.”

Purportedly, members of the task force are comprised of stakeholders including technologists, consumers, investors, blockchain enterprises, and academics. The group is tasked with submitting reports regarding the crypto industry by December 2020.

This was reported by the local South African news outlet, Business Live. According to the report, the country established a cryptocurrency regulatory working group which will investigate all aspects of cryptocurrencies.

The working group will set out to release a final research paper on the subject of digital assets and cryptocurrency regulation sometime this year. This will follow participation and comments from those in the industry.

Further, finance minister Tito Mboweni reportedly said that a collaboration with the South African Revenue Service could amend the forms for the 2019 tax season to include digital assets. Currently, existing tax return forms in the country do not contain a provision for declaring profits from cryptocurrency trades.

This week, India made cryptocurrency headlines for two separate reasons.

Police in India warn against investing in crypto

Police in the state of Jammu and Kashmir advised the public against making investments in cryptocurrencies such as Bitcoin this week, citing a “heightened risk.”

The story was reported by Business Standard, one of the largest Indian English-language newspapers. It quoted the inspector general of the police force’s crime branch as saying:

“The general public is informed not to make any type of investment in cryptocurrencies, virtual currencies such as bitcoin because there is a real and heightened risk associated with them.”

Further, the advisory makes mention of cryptocurrencies being vulnerable to a “sudden and prolonged crash” which could prove costly for both crypto investors and retail investors alike.

The news follows an ongoing wave of anti-cryptocurrency sentiment taking place among authorities in the country, as India’s central bank previously banned many forms of cryptocurrency dealings.

India could be shelving its plans to launch a cryptocurrency

Over the last couple of years, the idea of nations launching their own cryptocurrencies was a prevalent topic of discussion. For instance, Venezuela launched a controversial state-backed digital currency which is claimed to be backed by crude oil.

While some in the crypto community criticize government-owned cryptocurrencies as being contradictory to the platform’s decentralized purpose, many countries nonetheless explored how these currencies could improve services last year.

One such country was India. However, in light of the country’s ongoing action against cryptocurrencies, the launch of the so-called “crypto-rupee” seems to no longer be a priority for the time being – at least according to reports.

Local media in the country reported that the Reserve Bank of India put its plans to create a state-backed cryptocurrency on hold.