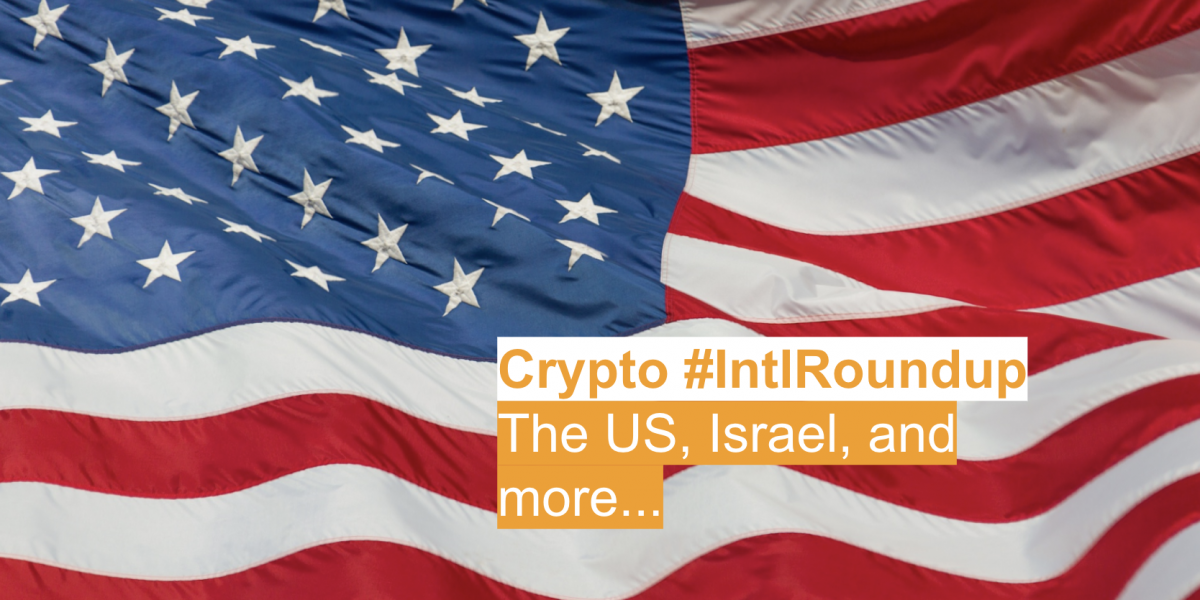 As part of our regular weekly roundup, Coinsquare News covered this week’s significant international cryptocurrency and blockchain headlines. In this edition, we look at a series of statements from regulators in the U.S. that could impact crypto regulation, a report in Israel advising against the launch of a central bank digital currency, and more.

Notably, he spoke on how the technology could be harnessed in order to create automated processes for some regulatory practices. He made mention of improving the regulation of derivatives markets.

According to Giancarlo, “pairing systems inspired by DLT [distributed ledger technology]” that standardize and distribute information between market participants and regulators could present circumstances where many tasks are automated.

“As we think about the application of [financial] technologies to trading markets, it is no leap of the imagination to consider how automation could help reduce cost and bring efficiencies to trade matching, processing, and clearing and settlement,” he said.

Previously, Giancarlo gained an overnight ‘cult following’ in the cryptocurrency community after saying that cryptocurrencies are “here to stay.”

In news that could lead to clearer regulation surrounding securities in the U.S.,  Securities and Exchange Commission (SEC) director William Hinman delivered a series of statements at D.C. Fintech Week.

At the event, he said that the SEC intends to release “plain English” guidance for projects and teams that are engaging in token offerings. Up to this point, the process of operating with regulatory guidelines has proven difficult for many projects, largely due to a lack of regulatory certainty.

While the SEC previously announced that the token that powers the Ethereum network, Ether, is not a security, the decision still left uncertainty for other cryptocurrency projects and teams attempting to launch token offerings.

In Canada, companies indicated similar issues regarding the lack of clear regulatory frameworks. In an interview with Coinsquare News, leaders from the Montreal-based blockchain technology company Leadweb stressed the importance of clearly defined frameworks for investors and companies to abide by.

Should the SEC succeed at presenting “plain English” guidance for businesses, Hinman said that it would serve as a guideline for companies to follow in order to stay compliant with evolving regulatory practices.

This week, a study conducted in Israel released its findings into the potential for the country’s central bank, the Bank of Israel, to launch its own centralized digital currency.

The central banking authority published a report conducted by an interdepartmental team established that was established in November 2017. It set out to examine the issue of central bank digital currencies (CBDC) and their potential use in Israel.

“Central banks around the world are examining the possibility of issuing digital currency and/or using distributed technologies in the payment systems, but no advanced economy has yet issued digital currency for broad use,” said the summary.

Ultimately, this new publication concludes by recommending that the Bank of Israel should not issue its own central bank digital currency in the near future.

“It is necessary to continue examining the field and to follow developments around the world before there are proper grounds for a decision to recommend issuing digital currency,” it said.

Previously, a similar situation in Canada occurred when a staff paper published by the Bank of Canada explored the viability of a central bank digital currency in Canada. The publication ultimately found that more research would be necessary to determine if the move would be beneficial for Canada.

As for Israel, the team behind this new report vowed to continue studying the topic, saying that it will report to the Bank of Israel semi-annually regarding significant developments in the space.

In news out of Switzerland, Swissinfo reported that the country’s Financial Market Supervisory Authority (FINMA) is toughening its restrictions on banks which intend to trade with cryptocurrencies.

Reportedly, the financial authority issued a confidential letter establishing its stance on the way in which financial institutions weight crypto assets. The outlet reported that FINMA set a trading cap on banks, meaning that trading with cryptocurrencies can only account for up to 4% of the bank’s total capital.

As Reuters reported this week, the People’s Bank of China advised that the government strengthens its supervision in order to combat financial risks in the blockchain sector.

These risks, China’s central bank indicated, are largely to do with asset bubbles that it says are apparent in the world of blockchain financing.

This news arrives as the result of a working paper cited by Reuters’ Beijing Monitoring Desk. Reportedly, the paper claimed that irregularities and market manipulation are common when it comes to investments in blockchain technology projects in China.