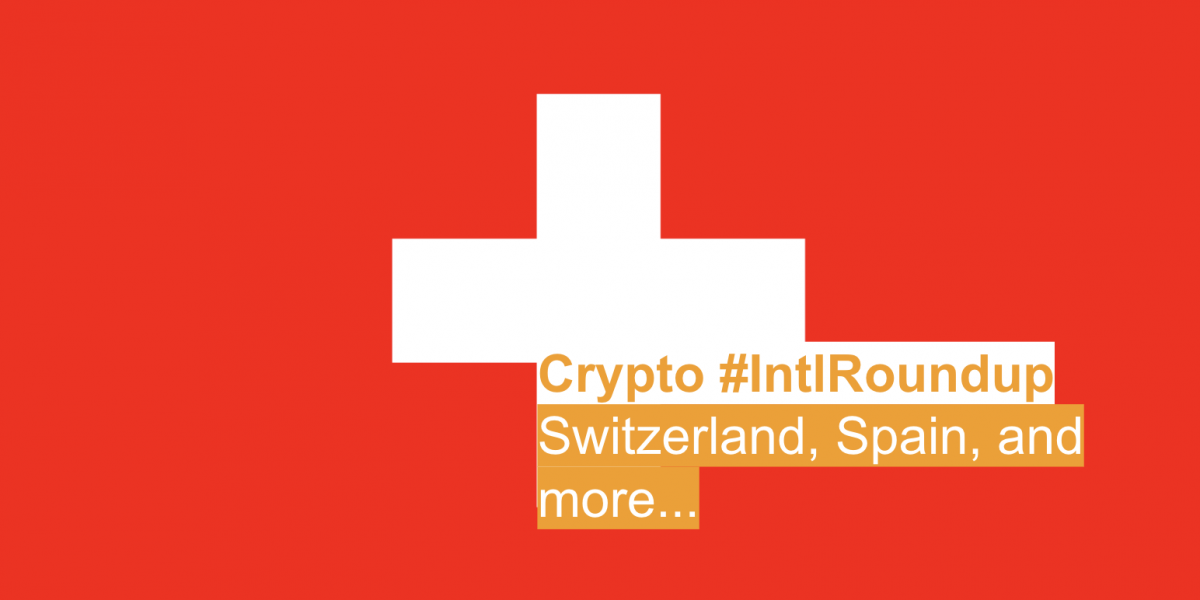 As part of our regular weekly roundup, Coinsquare News covered this week’s significant international cryptocurrency and blockchain headlines. In this edition, we look at statements about blockchain from Switzerland’s principal stock exchange owner, IBM’s partnership with a Spanish telecommunications firm, and more.

In news reported by Reuters this week, Switzerland’s principal stock exchange owner and operator, SIX, made future-looking statements regarding their plans to leverage blockchain technology. Noteably, SIX predicted that its traditional trading platform will be overtaken by its blockchain-based alternative in 10 years.

As Coinsquare News previously reported, SIX announced its intent to launch an end-to-end cryptocurrency exchange. According to reports at the time, the exchange will operate in full compliance with Swiss financial regulation.

Titled the ‘SIX Digital Exchange (SDX),’ the new project is scheduled to launch in the middle of 2019 and will run in conjunction with the existing stock exchange for the foreseeable future. However, SIX envisions this changing in the next decade.

“The existing system could be completely replaced by the digital exchange in about 10 years,” said SIX head of securities and exchanges, in a statement to Reuters. “The moment that brokers, banks, insurance companies and big asset managers really see the cost advantages, they’ll move relatively quickly.”

IBM and Spanish telecommunications firm will use blockchain for mobile traffic

According to the press release, this initial collaborative project will focus on improving how transparent and reliable information collection is when it comes to routing international calls. It aims to leverage the IBM Blockchain Platform.

Telefónica says it will work to track the certainty and traceability of each international call in real time, as well as attributes such as original, destination, and duration in a decentralized platform.

“This project is one of our first initiatives to secure real benefits from the adoption of blockchain in our core business,” said Telefónica’s Chief Innovation Officer, Gonzalo Martín-Villa.

“We believe that the new paradigm of process decentralization that blockchain facilitates perfectly fits with the telecommunications industry and can help us to significantly improve the way we have been traditionally solving the integrations between partners.”

As the Australian Taxation Office (ATO) posted on its official government site this week, the country’s tax authority is warning Australians to be on alert for scams this season. In this release, it makes special mention of avoiding the “increasing trend of scammers demanding payment through Bitcoin ATMs.”

This is a particularly prevalent time for tax-related scams in the country, as many Australians are expecting a tax refund. Additionally, around one million taxpayers will have to make payment to the tax office this month.

While the most prevalent way for scammers to demand money used to be through iTunes gift cards, the ATO says that Bitcoin ATMs have become to most commonly reported payment method in these scams.

“Our advice is simple,” said Assistant Commissioner, Kath Anderson. “The ATO will never ask you to make a payment into an ATM or via gift or pre-paid cards such as iTunes and Visa cards, or direct credit to be paid to a personal bank account.”

In news out of China, a principal was fired after being caught mining cryptocurrency at the school where he worked. According to a report from the BBC, the principal’s electricity debt totalled 14,700 yuan (worth over $2,800 CAD at the time of writing).

The principal reportedly established a secret cryptocurrency mining operation in his school, and was caught when teachers heard sounds from the computer room. He was found mining ether, the cryptocurrency that powers the Ethereum network.

According to the BBC, he first began mining cryptocurrency at his home in order to make extra income, but could not maintain doing so due to electricity costs. He then moved his computer to the school where he worked, as well as seven additional cryptocurrency mining devices.

While he had received previous reports about excessive electricity usage in the school, he deflected these claims by blaming the power consumption on air conditioners and heaters. At some stage in the operation, he was joined by the school’s deputy principal, who was not fired but instead given an official warning.