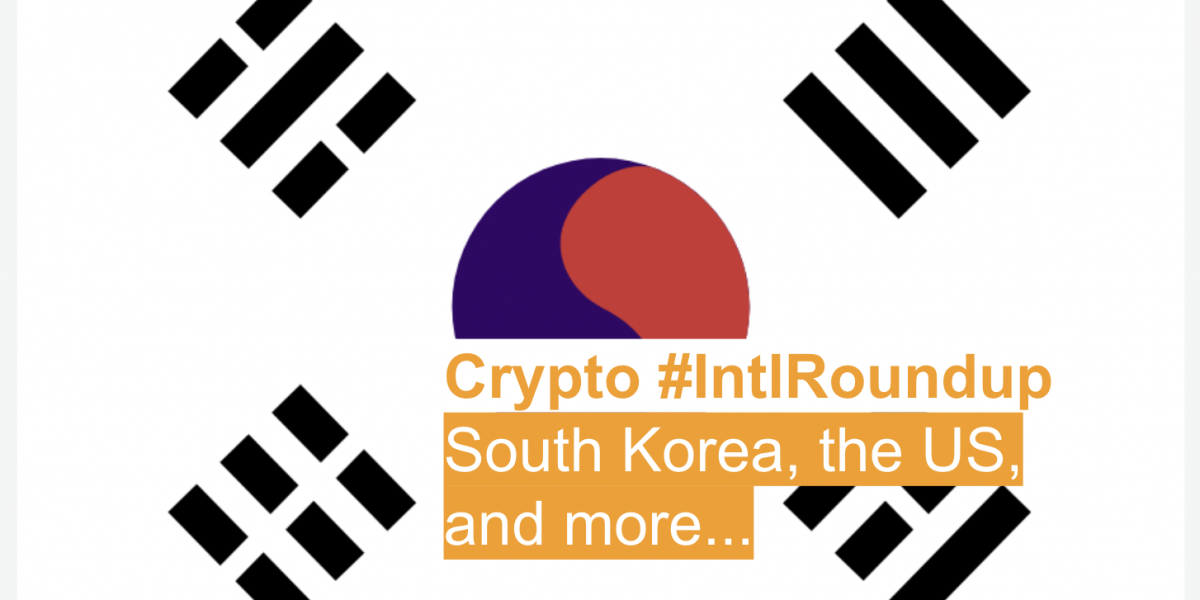 As part of our regular weekly roundup, Coinsquare News covered this week’s significant international cryptocurrency and blockchain headlines. In this edition, we look at the South Korean government trialing blockchain technology for electronic voting, the U.S. state of Ohio letting businesses pay tax with Bitcoin, and more.

This week in South Korea, officials in the country said that they are developing an electronic voting system that leverages blockchain technology.

The news arrives courtesy of ZDNet, which reported that South Korea’s Ministry of Science and ICT and the country’s National Election Commission (NEC) are collaborating to develop this new system.

Reportedly, this voting system will be trialed in December. From then, the Korea Internet & Security Agency and the Blockchain Society of Seoul National University will trial the new electronic voting system when conducting surveys.

Moving forward, the aim is for South Korea to improve on existing voting practices by utilizing new technology. This trial will investigate the practicality of using blockchain technology for the purpose of voter authentication in an attempt to bolster both security and transparency.

In the first piece of news from the U.S. this week, the state of Ohio is becoming the the first state to accept bitcoin as a tax payment method, according to the Wall Street Journal.

From this week onwards, businesses in Ohio have the option of paying their tax bills online using bitcoin.

“We are proud to make Ohio the first state in the nation to accept tax payments via cryptocurrency,” said Ohio Treasurer, Josh Mandel. “We’re doing this to provide Ohioans more options and ease in paying their taxes and also to project Ohio’s leadership in embracing blockchain technology.”

The process works by having companies register their intent online. This grants businesses that operate in Ohio access to pay 23 types of taxes using Bitcoin, regardless of where in the U.S. they are based. The state itself will not hold any cryptocurrency, but will instead convert BTC at the time of payment to USD using BitPay.

This week, a U.S. branch made history when it deliberately linked the public key of two cryptocurrency users to two individuals in the real world. According to Bloomberg, this marks the first time the Office of Foreign Assets Control linked cryptocurrency addresses to specific individuals.

The financial intelligence and enforcement agency did so as part of its intent to impose sanctions. Both individuals from Iran were alleged to have supported ransom payments that were made with bitcoin and helped hackers exchange BTC to local currency.

“We are publishing digital-currency addresses to identify illicit actors operating in the digital-currency space,” said Treasury Under Secretary for Terrorism and Financial Intelligence, Sigal Mandelker. “Treasury will aggressively pursue Iran and other rogue regimes attempting to exploit digital currencies and weaknesses in cyber and anti-money laundering/countering financing of terrorism safeguards to further their nefarious objectives.”

In news from the Balkan nation of Bulgaria, three people were arrested for their alleged involvement in a cryptocurrency theft valued at around $5 million USD (currently worth over $6.6 million CAD).

As Reuters reported, police seized cryptocurrencies worth around $3 million USD total from the individuals. They also seized the computers used by these individuals and found record keeping that included fake transactions.

According to Bulgarian prosecutors, the arrested parties carried out their theft through an advanced knowledge of cryptocurrencies and leveraged specialized technology in order to carry out electronic fraud.

According to a report from Reuters this week, a bank in the United Arab Emirates executed the world’s first transaction of Islamic financial certificates using blockchain technology.

Islamic financial certificates, or Sukuk as they are properly known, operate in a similar fashion to a bond. They are designed to obey Islamic religious law regarding interest on investments.

Reportedly, Abu Dhabi-headquartered bank, Al Hilal Bank, carried out the $1 million USD transaction (worth over $1.3 million CAD as of press time) with a private investor.