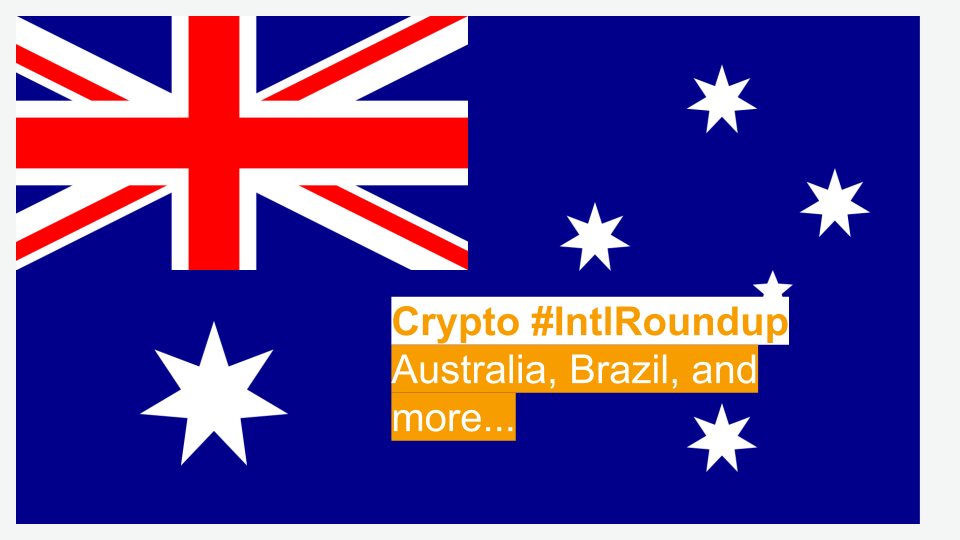 As part of our regular weekly roundup, Coinsquare News covered this week’s significant international cryptocurrency and blockchain headlines. In this edition, we look at three ways that governments around the world set out to leverage blockchain technology this week.

Australian state government will use blockchain for land registration

As ZDNet reported this week, the state government of New South Wales (NSW), Australia is setting out to use blockchain technology as a means of improving property conveyancing.

Reportedly, the New South Wales Land Registry Services is set to conduct a proof of concept in collaboration with ChromaWay; a blockchain technology company based in Sweden. This proof of concept will leverage the startup’s open source technology in an effort to make property registration both cheaper and more secure.

As a result of this state government initiative, all notable property transactions will be required to be lodged electronically, with previous methods being phased out altogether.

In news from Brazil this week, a presidential candidate published his government plan by leveraging blockchain technology. Fernando Haddad is a candidate representing the Brazil Workers’ Party and previously served as the Mayor of São Paulo. The announcement arrived courtesy of an official post (note: link is in Portuguese) on the candidate’s website.

According to Haddad, the decision to leverage blockchain as a means of publishing his government plan was due to the tamper-proof nature of the technology. In the publication, it is claimed that Haddad’s previous proposals were maliciously modified in order to persuade voters.

Further, the post states that the media’s attempt to disprove false claims against him has not been effective enough. As a result, Haddad is now using blockchain technology in order to combat the existence of manipulated news stories surrounding his candidacy.

This reflects an overall feature that proponents often praise about blockchain technology. Its advocates believe that it has the ability to serve as an immutable ledger, as many implementations of the technology are able to ensure the validity of recorded information. Further, its status as a public ledger allows for both internal and external methods of identifying when information has been altered.

Seizing the benefits of this technology, Haddad’s post claims that his government plan was published through the use of “computer-distributed records around the world.”

Kenya will use blockchain in its affordable housing project

In yet another piece of news surrounding governmental blockchain adoption this week, a Kenyan news outlet reported that the country will use blockchain technology to manage its housing initiative.

“Kenya will use blockchain technology to ensure the rightful owners live in government funded housing projects,” said Housing and Urban Development Principal Secretary, Charles Hinga, in a statement reported by The Star.

Reportedly, the country’s initiative to create affordable housing hopes to build half a million homes in order to assist the country’s less fortunate. As with both other international stories this week, the initiative reflects the growing use of blockchain technology for government purposes around the world.