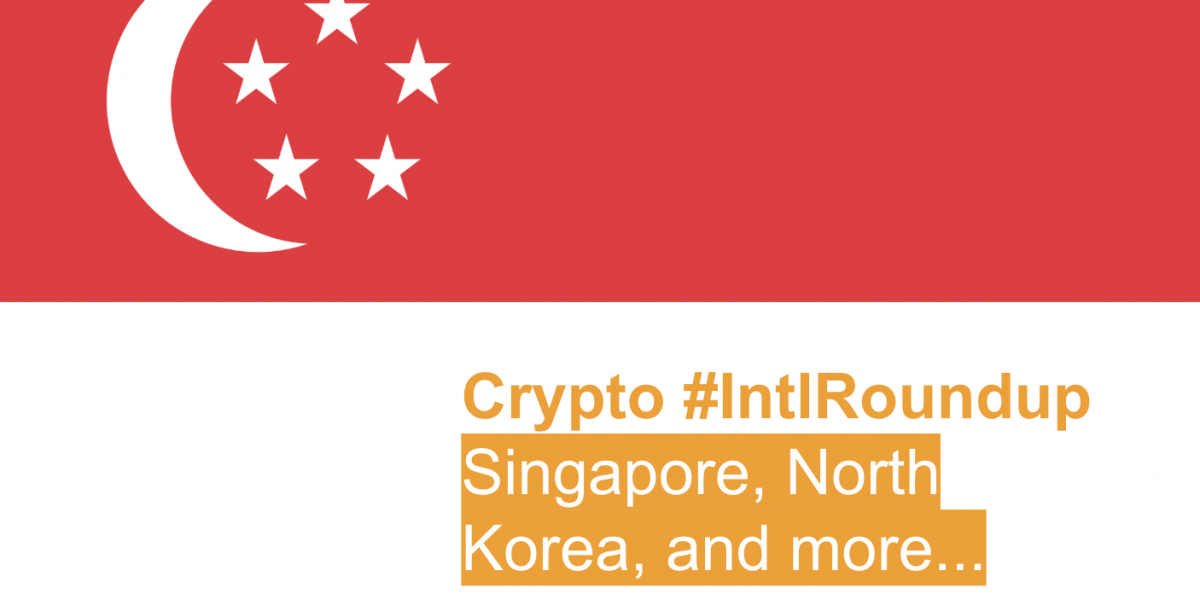 As The Straits Times, a Singapore-based daily newspaper, reported this week, the country’s regulators proposed a new bill to streamline the regulation of financial service providers.

The Payment Services Bill was proposed at the beginning of the week. It aims to broaden the power of regulators in Singapore as part of a plan to combat issues in unregulated areas of the financial landscape. With the Bill, regulators hope to lower the risk of fraud to protect consumers, combat terrorism financing, and improve cybersecurity measures.

Part of this action will streamline regulation in the country, as payment service providers that do not currently fall under the purview of the Monetary Authority of Singapore (MAS) will as a result of the Bill. Once passed, payment service providers will have one year to comply with the new changes. The exception to this rule is ‘digital payment token’ providers, who will have to comply within six months.

According to The Independent, North Korea announced plans this week to host an international conference focused on cryptocurrency and blockchain technology. The outlet reported that this marks the first time industry experts in this field have received a public invitation to North Korea.

The event, which is being called the Pyongyang Blockchain and Cryptocurrency Conference, will cost attendants €3,300 each, according to the event’s website. It will be run from the 18th to the 25th of April next year, with two days being dedicated to the main event, and the rest purportedly involving a tour of North Korean cities.

On the event’s page, it mentions that neither journalists nor people with “passports from: South Korea, Japan, and Israel” are allowed to attend.

In news out of Italy this week, the country’s financial watchdog warned three cryptocurrency companies to cease and desist. The news arrives as the result of a release from Commissione Nazionale per le Società e la Borsa, the government authority of Italy tasked with regulating the country’s securities market.

In this release, the Italian financial regulator named three cryptocurrency companies found to be promoting their services in violation of regulatory frameworks. The issue with each of these companies is that they are alleged to not hold valid license in Italy, and are therefore not allowed to promote their products in the cryptocurrency space.

One evolving story which has become somewhat of a focus for advocates and industry experts over the last week regards actions from the U.S. Securities and Exchange Commission. As CNBC reported, the SEC addressed unregistered cryptocurrency offerings in a crackdown of regulatory violations.

The SEC announced its first set of civil penalties against companies that did not register their offerings of new digital currencies. This action, CNBC reported, is part of a larger regulatory crackdown that hopes to address regulatory violations in the cryptocurrency industry.

In an official press release the SEC announced the settling of charges against two companies which launched Initial Coin Offerings (ICOs) without registering.

“These are the Commission’s first cases imposing civil penalties solely for ICO securities offering registration violations,” the release stated. “Both companies have agreed to return funds to harmed investors, register the tokens as securities, file periodic reports with the Commission, and pay penalties.”

The companies in question, CarrierEQ Inc. (Airfox) and Paragon Coin Inc., were both found to have conducted ICOs in 2017. This was determined to have occured after the SEC’s warning that ICOs can contain securities offerings. In these separate cases, the SEC says Airfox raised around $15 million USD (around $19.8 million CAD at the time of reporting), while Paragon reportedly raised around $12 million USD (approximately $15.8 million CAD).

“We have made it clear that companies that issue securities through ICOs are required to comply with existing statutes and rules governing the registration of securities,” said SEC Enforcement Division co-director, Stephanie Avakian. “These cases tell those who are considering taking similar actions that we continue to be on the lookout for violations of the federal securities laws with respect to digital assets.”