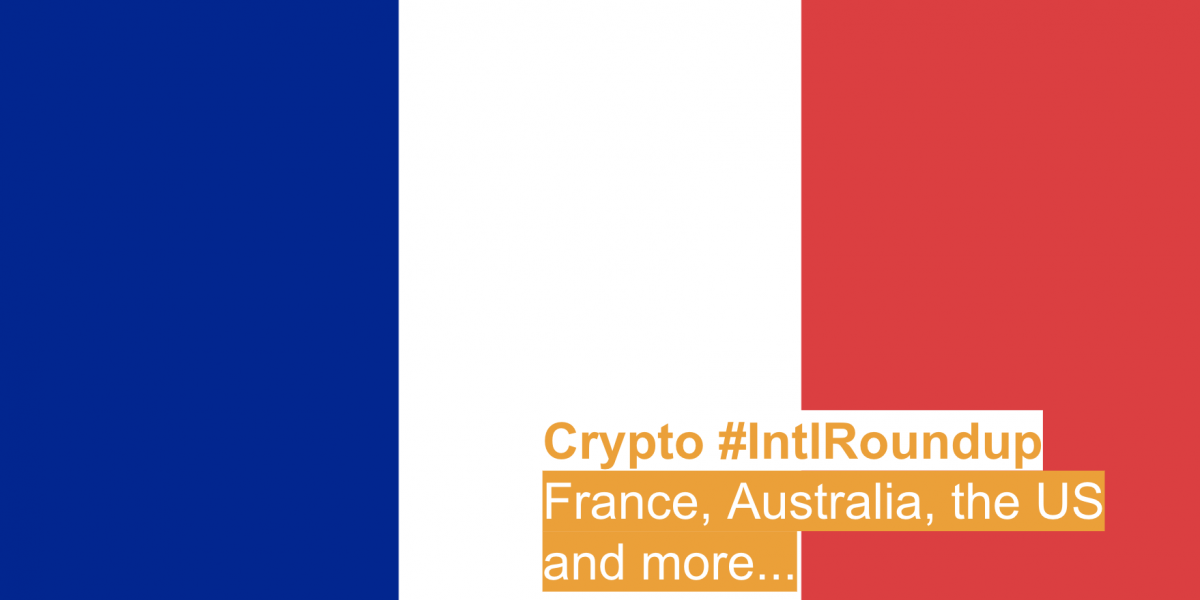 As part of our regular weekly roundup, Coinsquare News covered the week’s significant international cryptocurrency and blockchain headlines. In this edition, we look at French tobacco shops selling Bitcoin, Australian authorities freezing the assets of a BitConnect promoter, and more.

This ultimately earned BitConnect a pair of cease and desists which led it to shut down the majority of its offerings. Further, BitConnect was the subject of a prominent class action suit that targeted not only the platform’s owners, but many of its promoters as well.

Now, BitConnect is once again in the news thanks to actions from the Australian corporate watchdog, the Australian Securities and Investments Commission (ASIC – not the mining technology).

Following a request from ASIC, the country’s federal court freezed the assets of licensed financial adviser and reported BitConnect promoter, John Bigatton. In addition, Bigatton also received a travel ban and the assets of a company linked to him, JB’s Investment Management, were frozen.

According to a new report from Reuters, a series of tobacco shops in France are offering customers the ability to purchase Bitcoin.

Alongside the traditional inventory of these stores, shopkeepers have decided to offer in-person Bitcoin purchases as a way of increasing business in the face of lessened tobacco sales. Reuters found that many stores previously diversified into selling prepaid credit cards and money transfer services.

As of publishing, six French tobacco stores are selling Bitcoin in either 50, 100, or 250 euro increments.

Keplerk, the fintech company behind this new initiative, reportedly hopes to offer physical Bitcoin sales in 6,500 shops across the country by as early as February. These offerings are primarily targeted at customers that are unable or unwilling to purchase Bitcoin online, but intend to own cryptocurrency.

This week, the United States Department of Energy announced nearly $5 million USD in funding for research and development projects. The initiative is the work of the department’s Office of Fossil Energy, and falls under its ongoing University Training and Research initiative.

With both previous funding waves and the new announcement, the Office of Fossil Energy aims to foster a new generation of scientists and engineers in the fossil energy sector.

Alongside the funding’s other purposes in supporting the investigation of measurement methodologies and the development of industry insight, part of its focus involves blockchain technology.

In news pertaining to the EU this week, the European Banking Authority (EBA) published its advice regarding cryptocurrency regulation.

According to the document, the EBA’s advice follows a request from European Commission Vice President, Valdis Dombrovskis. It previously asked the European Supervisory Authorities (ESAs) to make additional assessments regarding cryptocurrency laws in the EU.

“Crypto-asset-related activity in the EU is regarded to be relatively limited and, at this time, such activity does not appear to give rise to implications for financial stability,” the report summarized.

Despite a measured response to addressing cryptocurrencies, the EBA did find issue in the “divergent approaches” to cryptocurrency regulation that are emerging in the EU. Further, it identified the fact that digital assets largely fall outside of the scope of current EU financial services regulation as a source of potential issues.