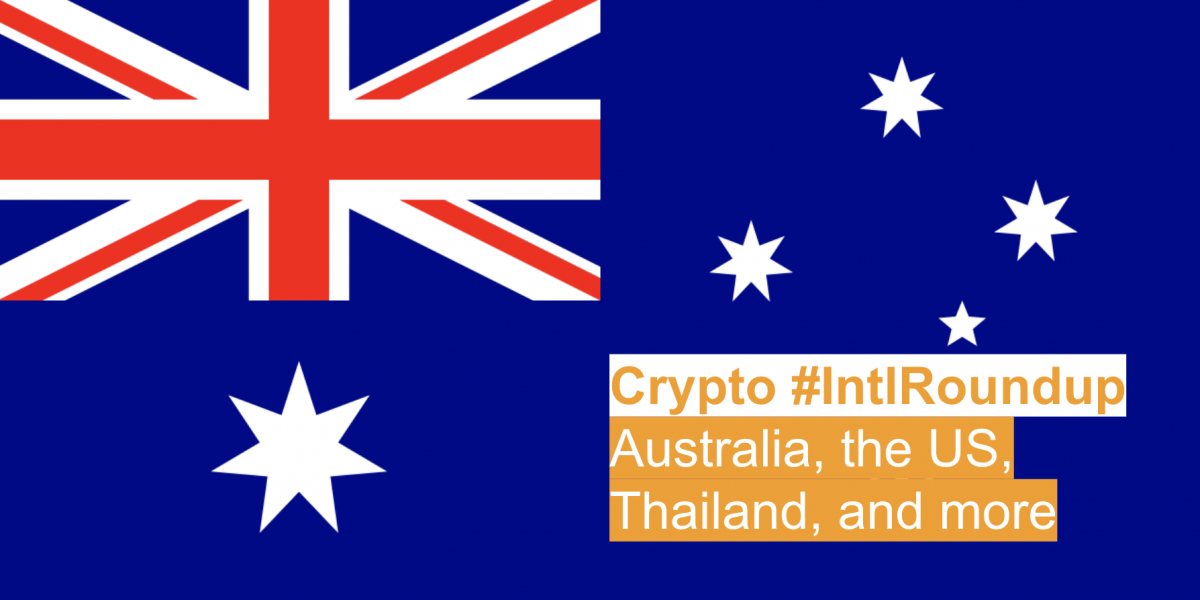 As part of a regular weekly roundup, Coinsquare News compiled the week’s significant international news headlines. In this edition, we look at how a U.S. Securities and Exchange commissioner became a hero among advocates, Thailand’s largest cinema chain accepting cryptocurrencies, and more.

“The Commission addresses BZX’s assertion that bitcoin and bitcoin markets, including the Gemini Exchange, are uniquely resistant to manipulation and finds that the record before the Commission does not support such a conclusion,” the SEC stated.

Since then, however, SEC commissioner Hester Peirce vocalized her disagreement with the decision. Alongside her official statement, she also took to Twitter to dissent the commission’s decision.

“Apparently, bitcoin is not ripe enough, respectable enough, or regulated enough to be worthy of our markets,” she tweeted, adding to her concern that “the Commission’s approach undermines investor protection by precluding greater institutionalization of the bitcoin market.”

Apparently, bitcoin is not ripe enough, respectable enough, or regulated enough to be worthy of our markets. I dissent: https://t.co/gH5zXaKtmj

As a result of her advocacy, Peirce has been somewhat of a hero among cryptocurrency enthusiasts. On major cryptocurrency communities on Reddit, supporters rallied to show their appreciation for her statements.

As a result, Peirce’s Twitter followers rose from under 2,000 to over 16,700 (at the time of reporting), with many using the platform to agree with her sentiment.

According to The Nation, an English-language newspaper in Thailand, the country’s largest operator of movie theaters will adopt cryptocurrencies as a payment method. Reportedly, Major Cineplex will allow attendees at its movie theaters across the country to use digital currencies like bitcoin to make purchases.

We are featured on The Nation and Thai Media PR! Together with @MajorGroup, we will build a better digitalized payment ecosystem in Thailand. https://t.co/txpVP81KN0 & https://t.co/qZFRmlfasG#TheNation #ThaiMediaPR #Rapidz #RapidzPay #RPZ #crytocurrency #Thailand #Major

The move is the result of a collaboration between the chain and RapidzPay; a Switzerland-based fintech startup. In this agreement, Major Cineplex will leverage RapidzPay’s digital payment framework in order to facilitate point-of-sale (PoS) transactions at participating cinemas.

“With RapidzPOS and the RapidzPay mobile app, you’ll be able to buy any services and products from us, such as movie tickets, popcorn and other different products with cryptocurrency,” said Major Cineplex Group’s director of marketing, Chanya Tamrongweenichai.

This week, one of Australia’s largest banking institutions announced the success of a global blockchain trade experiment.

In an official statement, the Commonwealth Bank of Australia (CommBank) announced that 17 tonnes of almonds were shipped and tracked from the state of Victoria in Australia, to the city of Hamburg in Germany.

As a result, CommBank is calling this a successful global blockchain experiment, thanks to a collaboration between the bank and five Australian and international supply chain leaders.

“Our blockchain-enabled global trade platform experiment brought to life the idea of a modern global supply chain that is agile, efficient and transparent,” said Managing Director of Industrials and Logistics in Client Coverage, Chris Scougall.

“We believe that blockchain can help our partners reduce the burden of administration on their businesses and enable them to deliver best-in-class services to their customers.”

With this experiment, CommBank stated that it demonstrated a platform facilitated by distributed ledger technology, smart contracts and the internet of things (IoT), which allowed it to track a significant shipment between Australia and Germany.

The project makes use of the Ethereum blockchain. While the bank stated that it is open to exploring other blockchains in the future if appropriate, it currently deems Ethereum to have the most active global development and praises its functionality.

It runs on a private blockchain that only allows authorised participants to access pertinent shipping information, and the bank’s representatives believe this is a concept that could “modernise global trade.”

The state of Queensland (QLD) is another source of blockchain-related news from Australia this week, as it announced that it is investing in a bitcoin project in order to boost tourism.

TravelbyBit is a startup on the receiving end of a grant from the Australian government. The grant is part of a $8.3 million AUD wave from the Palaszczuk Government innovation funding announced.

According to the QLD media statement, TravelbyBit is set to drive more tourists to Central Queensland by selling travel experiences online using cryptocurrencies like bitcoin.

“Tourism is one of Queensland’s most important industries. TravelbyBit has devised a clever way to make it easier for visitors to our state to pay for their purchases with a growing number of local businesses accepting cryptocurrency payments,” said Innovation Minister, Kate Jones.

The government said that it invested in the cryptocurrency-focused startup in order to to help it grow its operations, hoping to create more jobs in Queensland as a result. It also hopes to drive tourism to cities like Bundaberg, which is purportedly a focus for the startup.