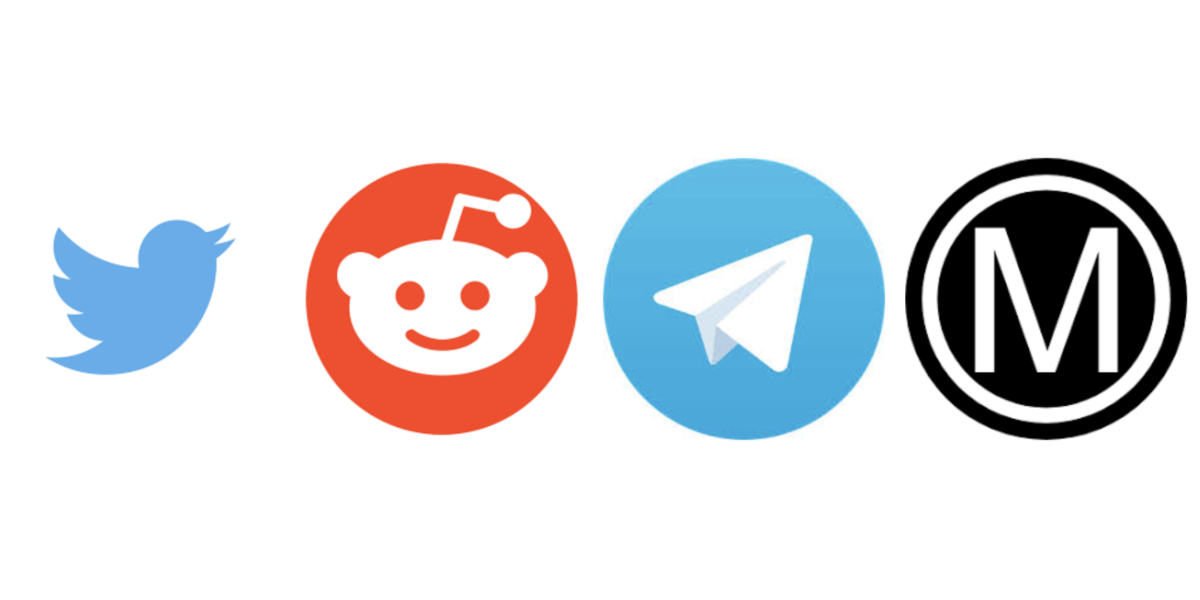 In many ways, digital currencies are a social movement. As a form of virtual payment, it makes sense that most discussion about the industry occurs in the virtual world. To understand their growth, look at the Reddit Bitcoin connection – how online communities played a vital role in both the history of digital currencies like Bitcoin, and in the continued development of new currencies and projects.

Digital currencies found homes online, where communities actively discuss the price and future of these platforms. In modern times, these communities have been instrumental in the digital currency conversation.

The history of Bitcoin, as well as all the digital currencies that followed, can be traced to early posts made on several forums. One such forum is Bitcointalk.org (formerly forum.bitcoin.org) where users discuss ideas, concerns, and upcoming news about digital currencies.

Some of the earliest threads posted to the forum were posted by none other than Satoshi Nakamoto himself, the mysterious creator (or group of creators) behind Bitcoin. While the anonymous Satoshi Nakamoto figure never revealed its true identity, a community formed around the invention of Bitcoin and continues to prevail across the internet today.

Many of these early posts are still viewable, tracing back to November 2009 when Bitcoin was still brand new.

Twitter is the great amplifier for digital currency adoption

Today’s landscape still involves the use of online forums, albeit these are no longer the sole platform for communication. Now, a lot of digital currency conversations take place on Twitter, where proponents and critics alike discuss the shape and outlook of the digital currency industry.

Proponents will go on multi-tweet rants on the platform, discussing trends, issues, and just about everything there is to discuss on the subject of digital currencies. Many of the digital currency industry’s brightest minds can followed on Twitter, as can leading pioneers behind blockchain and adjacent technologies.

Twitter has allowed for an unprecedented level of real-time communication between the community and industry experts, and is instrumental in allowing for cooperation between developers working in the decentralized space.

Medium lets users look into the minds of development teams

Character limits and the somewhat temporary nature of tweet exposure admittedly limits the ability to deep-dive into topics on Twitter.

Almost all projects currently operating in the space have accounts on Medium, where they post everything from developmental updates and challenges, to roadmaps highlighting the future of their respective projects.

Telegram is a social media platform where many users congregate to discuss digital currencies and create their own communities. One particular trend on Telegram is users chasing airdrops. Airdrops are a form of token distribution that gives free tokens to either new users or users that hold over a certain amount of a specified digital currency.

Reddit serves as a valuable tool for project teams. Many developers take time to answer user questions through Ask Me Anything (AMA) posts. With a large audience participating and asking questions, these AMAs have the potential to drastically affect projects.

Cryptocurrency is one of the largest digital currency-related subreddit on the site, boasting over 630,000 subscribers at the time of writing. The community is popular enough that simple rule changes have made headlines in the past. Further, some reports indicate targeted attempts to influence investors on the subreddit.

While users should familiarize themselves with the subreddit’s rules, the community is intended for open discussions on cryptocurrencies.

CryptoMarkets is more focused on analysis and understanding the market than its more popular older brother, /r/Cryptocurrency. With nearly 135,000 subscribers, the subreddit is another extremely relevant platform for digital currency discussion.

The divide between these two digital currency communities is longstanding, and beyond the scope of this article. Browsing both will familiarize you with the different ideologies of each subreddit. Ultimately, both represent substantial Bitcoin-focused communities, with r/BTC having over 195,000 subscribers, and r/Bitcoin having over 779,000.

Many subreddits are split into technological news and discussion, and market analysis.

One of the best examples of this isr/Ethereum and r/Ethtrader, which each serve as large communities with slightly different functions.

Just about every other digital currency

Almost every digital currency platform and project has a subreddit of its own. These subreddits have varying degrees of popularity and engagement from developers. People shouldn’t underestimate Reddit’s role in the cryptocurrency movement, as developers are able to easily listen to the community on their respective subreddits.

Ultimately, these social media platforms represent the social nature of the digital currency movement. The movement attempts to empower people, rather than just entities. With that goal, online discussions are an important tool for democratic decision making.