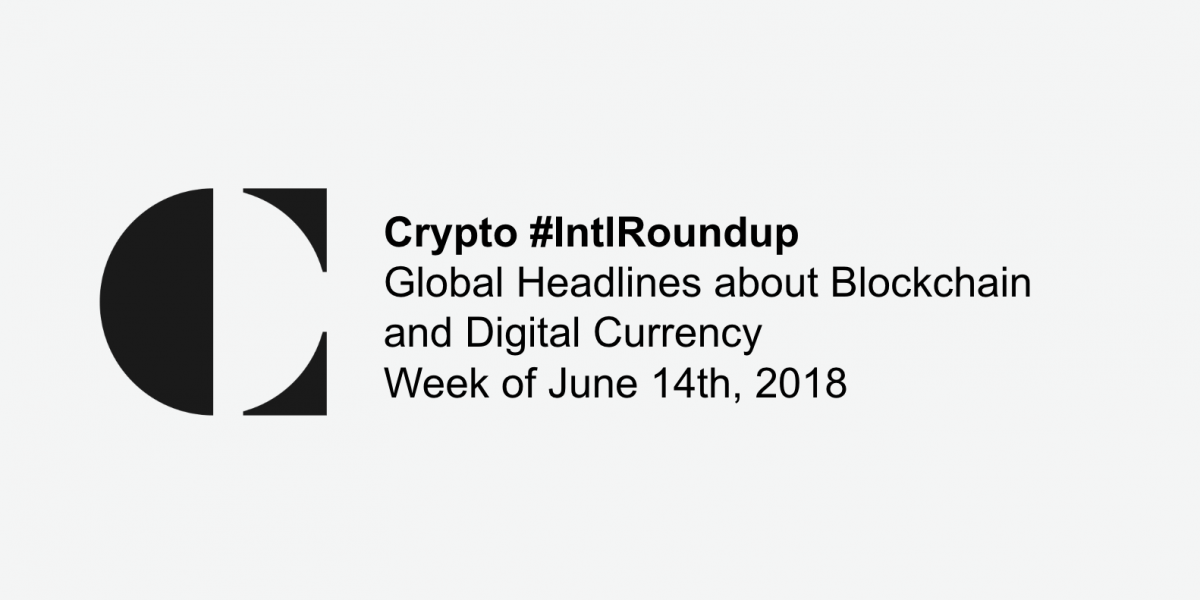 As part of a regular weekly roundup, Coinsquare News compiled the week’s significant international news headlines. This week, we look at a proposed amendment to laws surrounding blockchain technology in Michigan, claims volleyed against the Reserve Bank of India’s digital currency ban, and more.

News this week from Michigan, USA, regards current laws surrounding blockchain and adjacent technologies, and could make it illegal to alter records stored on a distributed ledger.

A legislative body in the state of Michigan introduced a pair of bills that serve to make tampering with data stored on a blockchain illegal. House Bills 6258 and 6257 have both been referred to the Committee on Law and Justice, and could mean criminal punishment for those guilty of tampering with blockchain records.

Previously, the country banned ICOs in May 2018, but looks to reverse the ban in a wave of new regulations. These regulations establish strict rules that will govern ICOs within the country.

As the publication reported, SEC equity department director of corporate finance, Thawatchai Kiatkwankul, said that five out of 50 ICO projects hoping to raise funds in Thailand are ready as initial pilot programs.

“Projects which can be [easily vetted] and have commercial attributes attached to them will be considered for fund-raising,” he added.

As the Irish Times reported on June 11th, IDA Ireland is backing a blockchain initiative designed to bolster the country’s relevancy in the global blockchain discussion.

IDA Ireland is a government body that aims to attract foreign investment, and is now looking to position Ireland as a leading hub for blockchain technology, according to reports.

Internationally, the initiative has the support of ConsenSys, a blockchain software technology company founded by Toronto-native, Joseph Lubin. The company recently announced that it will hire 60 people for the opening of a new Dublin-based innovation studio where engineers will build blockchain-based products.

While Coinrail did not give a dollar value to the stolen cryptocurrency, Reuters cited Yonhap, a South Korean news agency, which estimates that the coins were worth around 40 billion won (over $48,000 CAD at the currency exchange rate).

“Seventy percent of total coin and token reserves have been confirmed to be safely stored and moved to a cold wallet.” said Coinrail, in a statement reported by The Guardian. “Two-thirds of stolen cryptocurrencies were withdrawn or frozen in partnership with related exchanges and coin companies. For the rest, we are looking into it with an investigative agency, related exchanges and coin developers.”

Bithumb, a globally popular cryptocurrency exchange, was raided by authorities in January 2018, according to Reuters. Reportedly, the exchange was instructed by tax officials to disclose paperwork and supplementary information.

Now, reports from local media sites disclosed the results of the investigation. According to the exchange, it was ordered to pay 30 billion won (over $36 million CAD at the time of writing) to South Korea’s National Tax Service.

Further, these reports stated that the country’s authorities concluded their investigation, finding no evidence of illegal actions such as tax evasion.

Report: Reserve Bank of India’s cryptocurrency ban was not based on research

According to a report from the newsroom of the Economic Times, the Reserve Bank of India (RBI)’s sweeping digital currency ban does not appear to be backed by research or public consultation.

On April 6th, 2018, the RBI mandated that financial institutions may not engage with, or support, digital currency exchanges. Varun Sethi, a local lawyer, since filed a Right To Information (RTI) application, and received a response from regulators.

“It seems as if the ban was arbitrary and it came into effect without any thought from the RBI. It has either answered in the negative or given conflicting answers to our questions asking what led to this ban,” he said.

According to the Economic Times, the RBI did not conduct research or consultation in several areas regarding its digital currency prohibition in April. Further, the restrictions against digital currencies are still in effect and scheduled for hearing with the Supreme Court of India on July 20th.