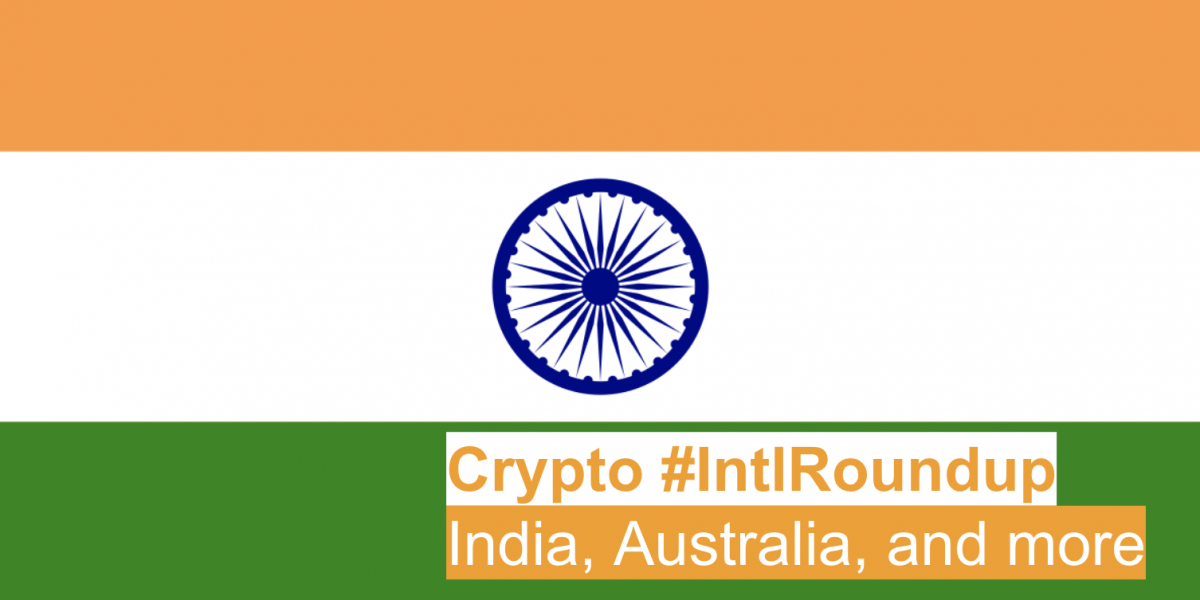 The global nature of digital currencies makes following international news beneficial for investors and interested market participants. However, due to how fast news travels through the landscape, it can be easy to miss the occasional story now and again. As part of a regular weekly roundup, Coinsquare News compiled the week’s significant international news headlines. In this edition, we look at cryptocurrency adoption in Australia, a prominent figure behind BitConnect getting arrested, and more.

This week, a variety of news sources such as the Australian Financial Review reported that a collaborative effort between two companies now allows Australians to pay their bills through Bitcoin and other cryptocurrencies.

As reports stated, the two companies are Cointree, a cryptocurrency exchange, and Gobbill, a billing service. Together, the companies can serve as an intermediary to allow payments to be made in cases where the recipient does not accept cryptocurrencies.

Effectively, this allows Australians to pay with cryptocurrencies in a broader set of situations.

As many pointed out, similar services already existed through Living Room of Satoshi, a product which also exists in the country and claims to provide an identical offering. Ultimately, with more options available to the Australian public, proponents believe this could be a significant step for cryptocurrency adoption in Australia.

This week, police in India arrested one of the faces of BitConnect, according to a report from Fortune. Divyesh Darji, who is being touted by some as an ‘alleged leader,’ was arrested on Saturday at Delhi airport after arriving on a flight from his home in the United Arab Emirates.

While some question how prominent Darji’s role was in BitConnect’s operations, critics concede that he was at least a prominent figure in promoting the BitConnect platform. However, they believe that other masterminds behind the operation may still be at large.

BitConnect stopped the majority of its services in January 2018, following an outpour of claims that the ‘service’ was a Ponzi scheme, as well as cease and desist letters from regulators in the U.S.

Additionally, a class action suit was filed against BitConnect at the time on behalf of investors that lost money as a result of the platform’s ‘too-good-to-be-true’ promises.

As Coinsquare News continues to cover, the economic situation in Venezuela has led many to engage with cryptocurrencies as a way of supplementing the country’s national currency.

Further, the country’s president, Nicolás Maduro, implemented a government-backed cryptocurrency known as the Petro, which is claimed to be tied to the country’s crude oil supply.

Now, according to a report from Business Insider Australia, Venezuela is observing a surge in non-government backed cryptocurrency activity alongside the severe hyperinflation of the Venezuelan bolívar.

Reportedly, the digital currency Dash is the benefactor of this surge, with merchant sign-ups and wallet downloads experiencing a noticeable increase in the region.

“We are seeing tens of thousands of wallet downloads from the country each month,” said Dash Core Group CEO, Ryan Taylor, in a conversation with Business Insider. “Earlier this year, Venezuela became our No. 2 market, even ahead of China and Russia, which are, of course, huge into cryptocurrency right now.”

On Thursday, Kaspersky Lab, a multinational cybersecurity company headquartered in Moscow, announced findings regarding a malware threat that it claims targeted a cryptocurrency exchange.

According to Kaspersky’s report, malware was used in an attempt to infiltrate a cryptocurrency exchange. Purportedly, this was the result of an employee using an infected trading application which was recommended to the company in an email. This third-party application came from a “legitimate looking website” and infected the employee’s computer with malware that created a potential gateway for hackers.

Kaspersky stated that it believes the application was the work of a North Korean hacking group under the pseudonym “Lazarus,” as part of a major operation.

“Lazarus has been a major threat actor in the [advanced persistent threat] arena for several years,” the report stated. “Alongside goals like cyberespionage and cybersabotage, the attacker has been targeting banks and other financial companies around the globe. Over the last few months, Lazarus has successfully compromised several banks and infiltrated a number of global cryptocurrency exchanges and fintech companies.”