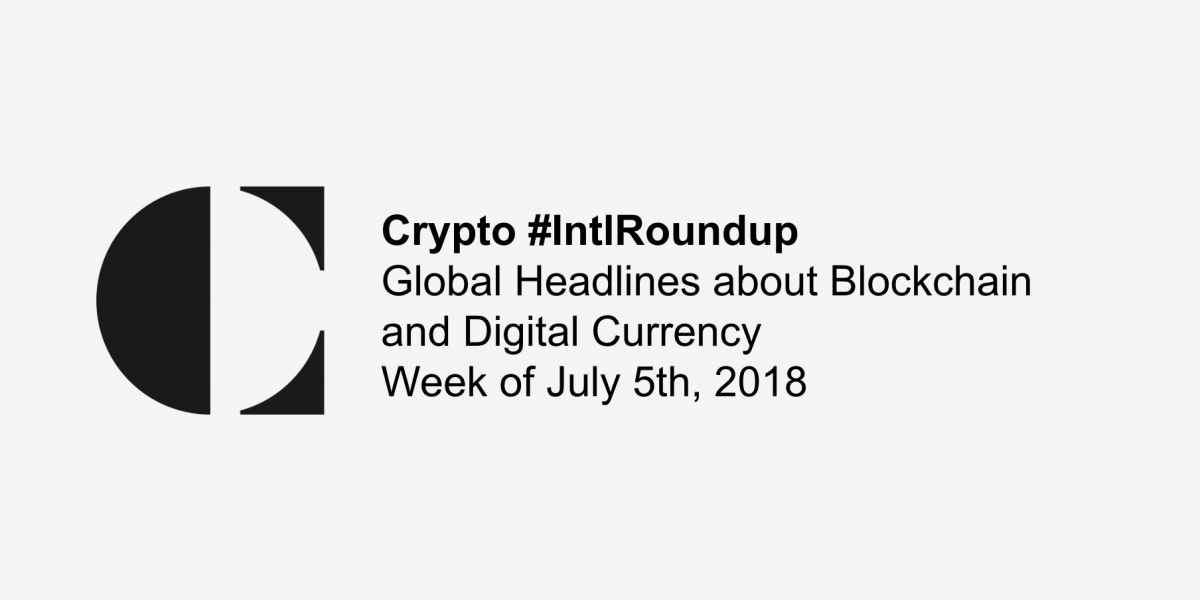 As part of a regular weekly roundup, Coinsquare News compiled the week’s significant international news headlines. This week, we look at a joint global initiative to crack down on tax crimes, Switzerland’s blockchain voting trial, and more.

This week, a report published by a branch of the European Union explored the challenges that arose as a result of the emergence of digital currencies. Titled Virtual Currencies and Central Banks Monetary Policy: Challenges Ahead, the report covered a broad array of subtopics in the fintech industry.

Included in the report was an examination of how digital currencies function as a supplement for traditional currencies. It arrived at the request of a committee of the European Parliament known as the Committee on Economic and Monetary Affairs (ECON).

“Regulators should not ignore [virtual currencies], nor should they attempt to ban them,” the report concluded. “Both extreme approaches are incorrect. [Virtual currencies] should be treated by regulators as any other financial instrument, proportionally to their market importance, complexity, and associated risks. Given their global, trans-border character, it is recommended to harmonise [sic] such regulations across jurisdictions.”

IRS joins global initiative to crack down on tax crimes

Known as the J5, the Joint Chiefs of Global Tax Enforcement is a new initiative that aims to bring together multiple nations to address tax and cryptocurrency-related crimes.

“We are convinced that offshore structures and financial instruments, where used to commit tax crime and money laundering, are detrimental to the economic, fiscal, and social interests of our countries,” the IRS stated. “We will work together to investigate those who enable transnational  tax crime and money laundering and those who benefit from it.”

The J5 wrote that it aims to actively address issues through developing shared strategies between partnering institutions, conducting joint investigations, and collaborating on “effective communications” in order to ensure that its members are able to work together to address transnational tax crime, cybercrime and money laundering.

According to Finextra, the island territory of Bermuda is slated to amend regulation in order to accommodate the needs of cryptocurrency and blockchain companies.

A new bill will issue amendments to the country’s Banking Act in order to address reservations that Bermuda’s banks have towards providing financial services to digital currency companies.

Currently, the region’s local banks are deterred by regulatory barriers and general risk in interacting with companies that are operating in the digital currency industry. Bermuda’s premier and minister of finance, David Burt, will reportedly introduce the Bill to Parliament.

“The fintech industry’s success globally depends on the ability of the businesses operating in this space to enjoy the necessary banking services,” he said.

The Reserve Bank of India’s (RBI) previously ordered financial institutions to discontinue their relationships with digital currency exchanges. Despite backlash against the crackdown, India’s Supreme Court rejected appeals for a stay on the RBI’s ruling.

Given the looming, short-notice deadline to enact the RBI’s instructions, the country’s digital currency enthusiasts, traders, and businesses are left in a difficult situation.

According to local media, a city in Switzerland concluded the nation’s first local blockchain voting trial.

In the city of Zug, officials set out to trial a blockchain-based municipal voting system aimed to provide insight into the technology’s viability to serve on a grander scale. The vote made use of the city’s electronic ID system, which was established last year.

In a statement, the city of Zug’s head of communications, Dieter Müller called the trial a “success.” Further he added that the trial voting system could benefit from a higher number of participants moving forward. For now, the technical details of the nation’s first-of-its-kind test will be evaluated over the next few months.