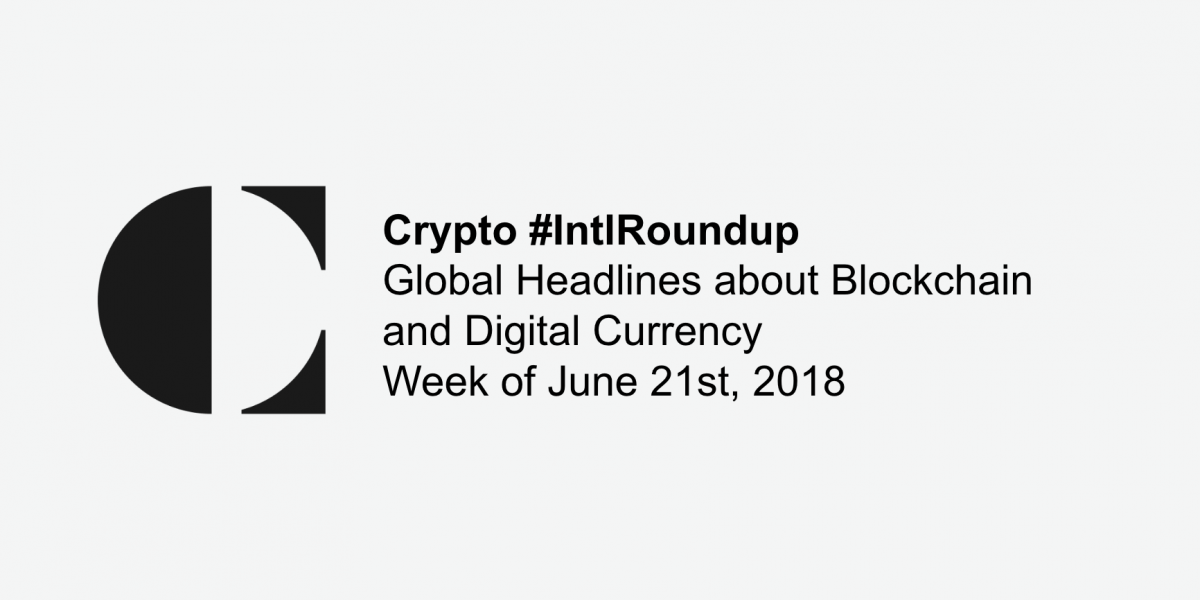 As part of a regular weekly roundup, Coinsquare News compiled the week’s significant international news headlines. This week, we look at a memorandum dictating the behaviour of cryptocurrency legislators in the United States, a breach to a major exchange in South Korea, and more important stories from around the globe.

Licensing and ethics in the United States

Thanks to a memorandum that the House Ethics Committee made available on Monday, information about the cryptocurrency holdings of lawmakers could become much more widespread and transparent.

The memorandum compels U.S. House members to publicly reveal all of their digital currency holdings valued at $1,000 USD (over $1,300 CAD) or more.

Further, members will be obligated to include information about their cryptocurrency investments in their annual financial disclosure reports.

Twitter’s CEO, Jack Dorsey, is also the founder and CEO of Square, a California-based payments company.

This week, Square was successful in its bid to obtain a license from the New York Department of Financial Services to operate in the state. According to Quartz, this makes Square the ninth company to obtain a cryptocurrency license in New York in the three years since the state launched its controversial BitLicense regulations.

This week, around 35 billion Korean won (around $42 million CAD at the time of writing) was stolen from the massive digital currency exchange, Bithumb. The exchange is located in South Korea, and ranks as the world’s sixth largest digital currency trading platform according to CoinMarketCap.com

The news arrives after the conclusion of a months-long investigation conducted by South Korean authorities. The exchange emerged with good press at the time, having been instructed to pay 30 billion won (over $36 million CAD) to South Korea’s National Tax Service, yet cleared on all charges of illegal actions such as tax evasion.

Dutch airport gets a Euro-to-cryptocurrency ATM

According to an announcement, passengers passing through the airport can now exchange euros for Bitcoin or Ethereum at the new ATM. Schiphol claims to be the first European airport offering this service.

“With the Bitcoin ATM, we hope to provide a useful service to passengers by allowing them to easily exchange ‘local’ euros for the ‘global’ cryptocurrencies Bitcoin and Ethereum,” said Schiphol director of Consumer Products & Services, Tanja Dik. “That can be beneficial if, for instance, it’s not possible to spend euros in their home country.”

For the time being, Schiphol’s ATM is active as part of a six-month trial that arrived through a partnership with a Dutch company known as ByeleX Data Solutions BV. During the trial, Schiphol will evaluate if there is adequate demand for the service.

The beginning of the week was challenging for the digital currency industry, following a 24-page publication produced by the Bank for International Settlements (BIS).

Headquartered in Basel, Switzerland, the BIS is a central bank-owned international financial institution. Previously, it warned countries against launching their own government-backed digital currencies for the time being.

Now, the BIS furthered its sentiment with a report titled Cryptocurrencies: looking beyond the hype. The publication identifies factors standing in the way of global digital currency use, such as issues with scaling.

As Coinsquare News reported, the sentiment was far from popular with digital currency proponents. An analyst for the investment platform eToro, for example, took issue with the ‘naysaying’ nature of the report, pointing out that issues within the nascent industry are actively being addressed.