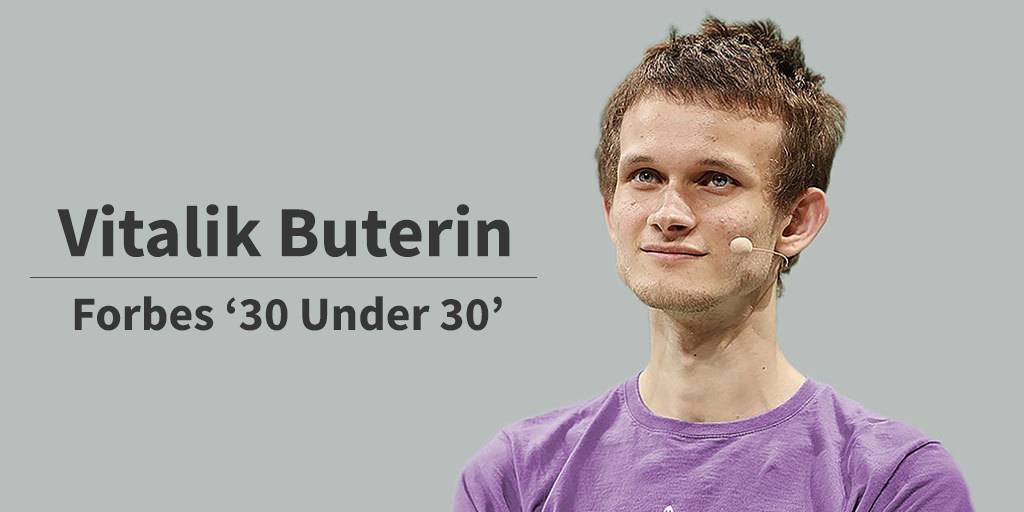 Every year, Forbes releases a list of the 30 most promising young minds in their respective industries. The recently published 2018 list featured a name that should be immediately recognizable to most digital currency enthusiasts; Vitalik Buterin.

Buterin solidified his place amongst 29 other young innovators under the age of 30 in Forbes’ ‘30 Under 30’ Finance category, which praises the brightest minds in the industry of ‘influencing global money flows.’

A win for Ethereum

The news is no small accomplishment for Buterin, the Ethereum co-founder who managed to earn his place in the list of 600 honorees across all 20 categories, a number narrowed down from 15,000 submissions.

Despite being only 23 years of age, the young Russian-Canadian has left a measurable mark on the world of finance.

As both a currency and a technology, Ethereum has shown huge potential to disrupt the current financial landscape. Ethereum’s platform serves as the basis for some of the leading blockchain-based projects, such as smart contracts, Decentralized Applications (DApps), and many others.

Currently, Buterin serves as one of Ethereum’s lead pioneers, aiding with the platform’s attempts to continue its growth and overcome latent issues that exist within adjacent technologies. As similar currencies like Bitcoin face struggles with their high power demands and issues with future scalability, the team behind Ethereum is attempting to lead the way for competitive, innovative solutions.

In many ways, the difficult road ahead of Ethereum is at least partially responsible for Buterin’s place in the 30 under 30 list.

At an increasing rate, eyes are shifting towards him with a sense of curiosity as to what the future may hold for not only Ethereum, but for digital currencies in general.

In October of 2017, Buterin continued what had been a considerably successful year for Ethereum, with his participation in the third installment of Ethereum’s biggest global event, Devcon3.

As Ethereum and its founders continue to receive increasing amounts of attention, both within the industry and in the media-consuming public, Ethereum could one day soon be a part of the general public’s vocabulary. Due to Ethereum’s potential to disrupt the current financial system, it is likely that Buterin could become a household name in a few year’s time.