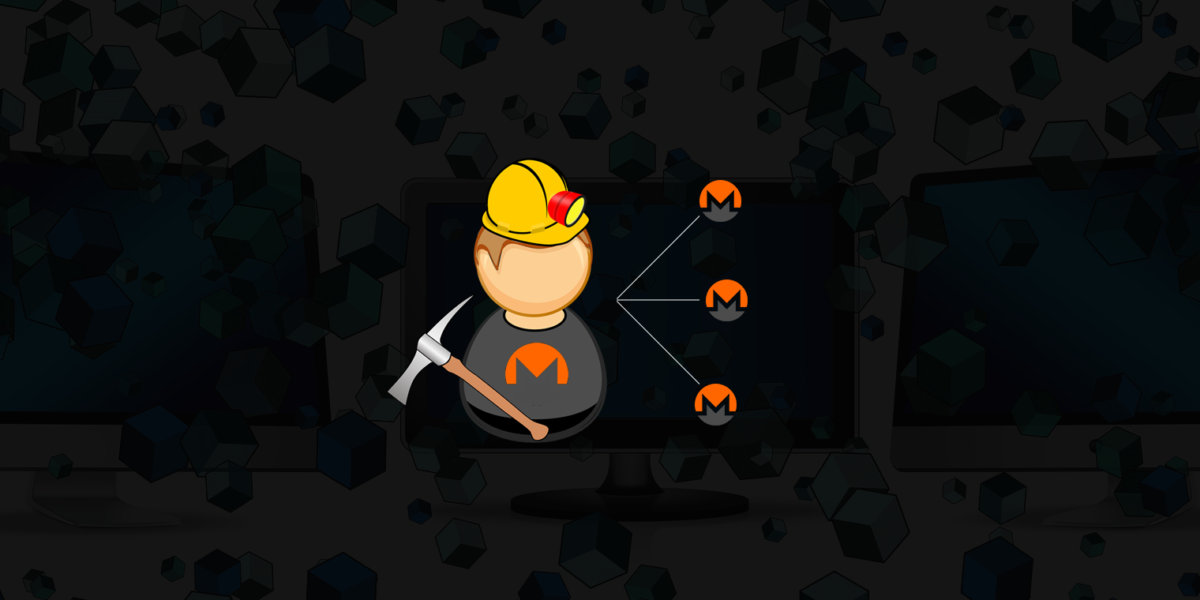 The digital advertising industry is facing some of its toughest hurdles to date due to the increasing amount of consumers that use ad blocking software.

At the start of 2017, findings from PageFair’s adblock report showed that approximately 615 million devices use some form of ad blocker.

While 615 million devices using ad filtering software is a problem of its own, the numbers aren’t yet lethal for the online advertising industry.

What might be more concerning for those who profit from online advertisements, is that 2017’s findings showed a distinct upward trend. Ad blocker usage was up 30% from 2016, and there is no indication that more users won’t decide to make use of ad blocking software in the near future.

These findings about consumer web behaviour make it clear that website publishers are in need of a solution to ensure that they are able to remain profitable, and blockchain technology could help serve as the backbone for that solution.

Mining is the name given to users (or, ‘miners’) allowing their computing resources to solve complex mathematical equations through an automated process, and the results are verified against the findings of other devices.

Coinhive is a project that aims help websites earn income through digital currency. The tool is a JavaScript-based digital currency miner that website publishers can implement on their websites in order to earn revenue without the need for digital advertisements.

The digital currency miner produced by Coinhive works by running in the background of the device accessing the website. While a user is browsing a site, the site’s owners use a portion of the user’s computing resources in order to mine a digital currency known as Monero (XMR).

As a currency, Monero is often praised for the fact that it is highly concerned with discretion. XMR never compromises the identity of its traders, earning it the admiration of individuals that are concerned with privacy.

“To mine Monero, you have to calculate hashes with an algorithm called Cryptonight. This algorithm is very compute heavy and – while overall pretty slow – was designed to run well on consumer CPUs. […] This makes Cryptonight a nice target for JavaScript and the Browser,” says a statement on Coinhive’s documentation page.

Since statistics show the increasing amount of individuals installing ad blocking software in recent years, Coinhive (or a similar service) could theoretically be the exact solution that websites have been waiting for.

There are, however, many obstacles preventing Coinhive from being an apt solution in its current state.

One of the major issues preventing digital currency mining from becoming a mainstream solution to issues with online advertising is the negative press surrounding Coinhive due to the misuse of the tool by various websites.

Several news stories received widespread coverage that brought Coinhive into the public spotlight for unfavorable reasons, such as the story that broke earlier in 2017 about CBS’ ‘Showtime Anytime’ streaming service. Twitter user @bad_packets first uncovered that both Showtime.com and ShowtimeAnytime.com were using Coinhive to mine Monero with the computing resources of individuals who were streaming media on the platform, without their consent.

Screenshot attached of https://t.co/GUhBnYmwoe source code before, during, and after. pic.twitter.com/aIRQOCdixG

As a result, Coinhive felt the need to speak out against the negative press that had begun to accumulate towards their project, and The Verge reported an official statement from the Coinhive team, that read:

“We’re a bit saddened to see that some of our customers integrate Coinhive into their pages without disclosing to their users what’s going on, let alone asking for their permission.”

In spite of their statement, Coinhive’s negative press has continued to grow. As a result of sites like Showtime, The Pirate Bay, UFC’s Fight Pass and many others being involved in scandals involving the unannounced mining of digital currency, the term ‘cryptojacking’ was coined.

Cryptojacking refers to sites using Coinhive to mine digital currency without the permission of the users. As a result, ad blockers have begun updating their tools to prohibit Coinhive.

While Coinhive is not malicious, even virus protection tools like Malwarebytes have started blocking Coinhive. Malwarebytes explained their reasoning in a blog post, where they stated:

“We do not claim that CoinHive is malicious, or even necessarily a bad idea. The concept of allowing folks to opt-in for an alternative to advertising, which has been plagued by everything from fake news to malvertising, is a noble one. The execution of it is another story.”

As a result of the negative press, the Coinhive team have shifted their focus to a similar project called AuthedMine.

AuthedMine aims to function in a similar way as Coinhive, but requires ‘explicit opt-in from the user.’ By requiring direct user consent, AuthedMine is aiming to prevent the scandals that have tainted Coinhive, and the site pleads for Adblock and Antivirus tools to not block the website or any of its scripts.

Time will tell if AuthedMine is able to be a new start for the concept of digital currency mining as an alternative to digital advertisements, or if the concept has been permanently tarnished by its misuse in the form of ‘cryptojacking’ by certain websites.