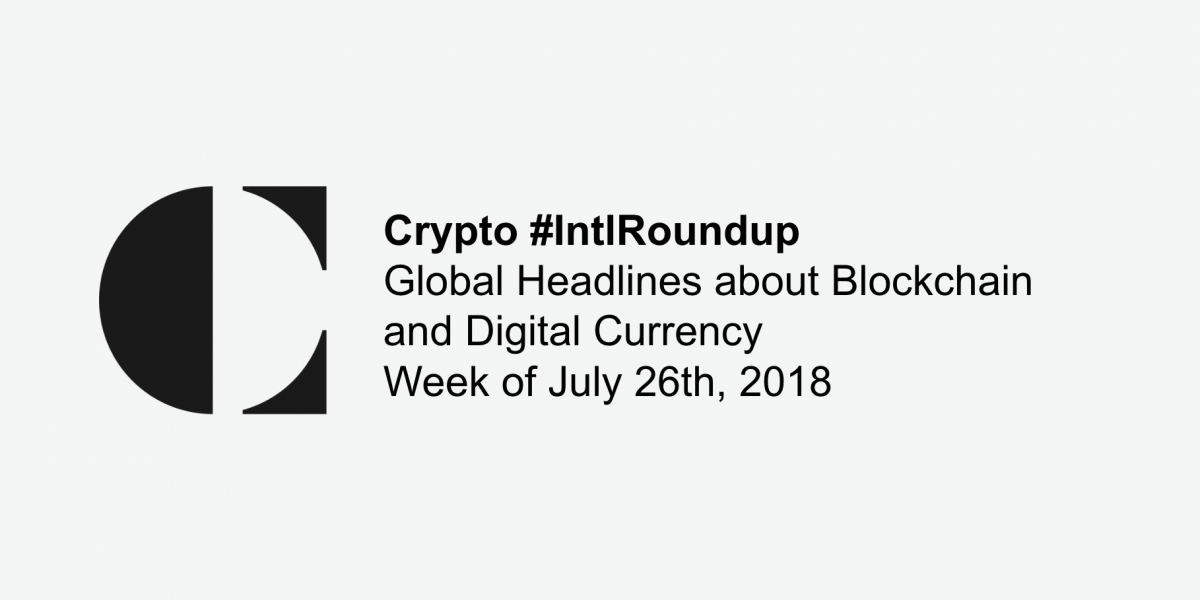 As part of a regular weekly roundup, Coinsquare News compiled the week’s significant international news headlines. In this issue, we look at a U.S. presidential candidate accepting cryptocurrency donations, a major Chinese social network launching a digital token, and more.

Venezuela’s new national currency will be backed by Petro

According to an announcement from Venezuelan President, Nicolás Maduro, the country is set to launch a new national currency that will begin circulating on August 20th of this year.

The news arrives courtesy of Latin American network, teleSUR. It reported that the country’s new currency, the Bolívar Soberano, will be tied to the country’s ‘Petro’ digital currency.

According to Maduro, the initiative will help combat ongoing economic issues and address the country’s cash shortage. Purportedly, it will be tied to the oil-backed Petro currency, as Maduro said it will end up being “consolidated technologically and financially” and embrace the nation’s economic activity.

However, the move is controversial among some economists and opponents, especially in the wake of the already controversial creation of the Petro. When the Petro launched in February 2018, it was under heavy criticism from both the U.S. and members of Venezuelan parliament.

American entrepreneur-turned-politician, Andrew Yang, announced this week that he is accepting donations made with digital currencies such as Bitcoin and Ethereum. In doing so, he is hoping to finance his 2020 presidential campaign.

Yang is known for being the founder of Venture for America. His recent media attention, however, arrives as a result of his campaign to run as the 2020 Democratic presidential candidate. Noteably, Yang’s platform includes a proposed basic income for all Americans over the age of 18.

While some are skeptical of his policies and/or viability as a candidate, his move to accept cryptocurrency donations does indicate growing demand in the space.

Similarly, Libertarian Party candidate for governor in Wisconsin announced this week that he will accept donations made to his campaign in Bitcoin. Reportedly, he will oppose the state’s Ethics Commission if it objects.

On Wednesday, Chinese social network, Tianya Club, announced that it is launching its own digital token. The token will leverage blockchain technology and is slated to function as a rewards system for the site’s large user base.

Founded in 1999, Tianya Club is one of the country’s most popular websites, and took to a post on its blog (note: the page is in Chinese) in order to make the announcement. Purportedly, it will issue 80% of the maximum 90 billion Tianyan Tokens (TYT) to serve its users, with 20% being reserved for operational costs.

“After half a year of research and design, after many rounds of communication with users, the Tianya sub-system based on blockchain technology has taken shape, and will be launched on August 8th for the public,” it stated, according to a translation.

In news from Vietnam, the country’s State Securities Commission (SSC) is requiring specified companies and funds to steer clear of several cryptocurrency-related activities.

According to local media, the SSC is tightening its approach to cryptocurrencies. It announced this week that firms within the country are not allowed to engage in any issuance, transactions, or brokerage activities related to digital currencies.

The decision reportedly arrives as a result of an April 11th directive which looks to strengthen the management of activities related to cryptocurrencies. It follows the country’s previous decision to prohibit the use of digital currencies as a means of payment.

Additionally, ministries within the country suspended the import of digital currency mining devices, and commercial banks were banned from making transactions involving cryptocurrencies in April of this year, amidst fears of illicit spending.