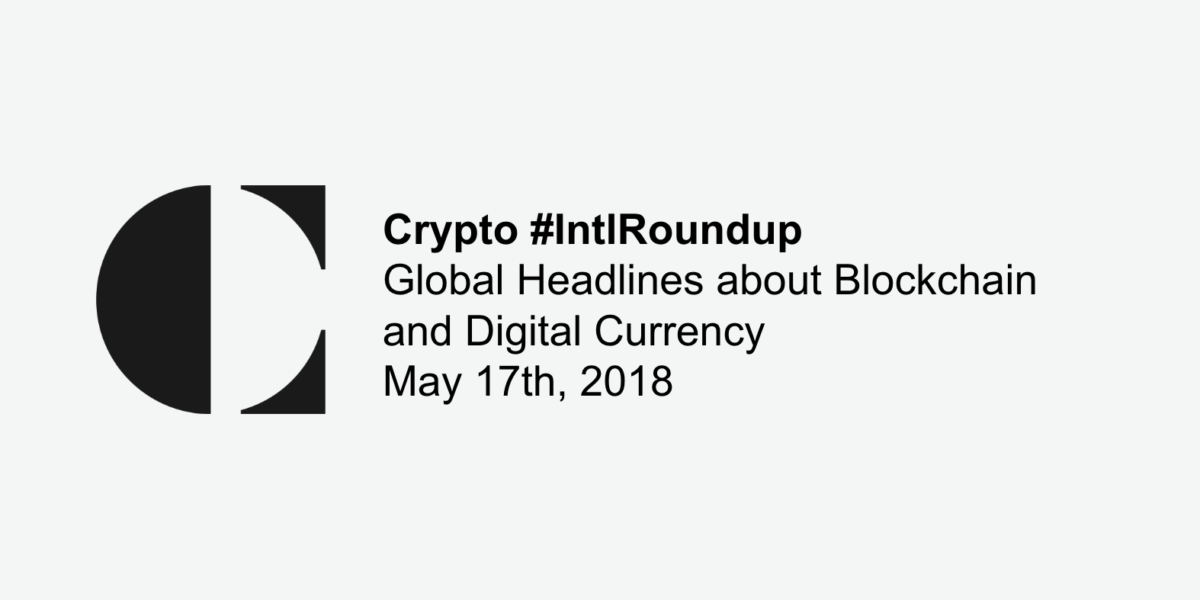 The global nature of digital currencies makes following international news beneficial for investors and interested parties participating in the market. However, due to how fast news travels through the landscape, it can be easy to miss the occasional story now and again. This week, we look at the U.S. Securities and Exchange Commission creating a fake ICO, South Korea’s largest exchange challenging recent accusations, and more.

In peculiar news from the U.S., the country’s Securities and Exchange Commission (SEC) launched a pretend Initial Coin Offering (ICO) designed to illustrate dangers present in the unregulated landscape.

The fake ICO is called HoweyCoin, and boasts that it is the “newest and only coin offering that captures the magic of coin trading profits AND the excitement and guaranteed returns of the travel industry.”

HoweyCoin mocks the terminology that fraudulent projects use to trick investors. While there are many legitimate actors operating within the space, the SEC wants to make sure investors approach the market with a healthy dose of skepticism.

When attempting to “invest” in HoweyCoin, users are presented with the following message; “If You Responded To An Investment Offer Like This, You Could Have Been Scammed – HoweyCoins Are Completely Fake!” Users are then redirected to a guide on how to stay safe in the landscape.

This week, Circle raised $110 million USD (over $140 million CAD) in an investment round. The startup has the backing of the major investment banking company, Goldman Sachs.

The largest contributor of the investment round was the Chinese digital currency mining company Bitmain Technologies. With this funding, Circle aims to create a new digital currency called Circle USD Coin (USDC), which will be tied to the price of the U.S. dollar.

Last week, South Korean police raided the country’s largest digital currency exchange, UPbit. Reportedly, regulators raided the exchange in order to investigate claims that some of its executives are engaging in fraudulent behaviour.

Since then, however, UPbit continues to profess its innocence. According to an audit from the Seoul-based Yoojin accounting firm, no funds are missing from the Upbit exchange.

Agreed. We will see how the story unfolds, but I find it highly unlikely that UPbit would spin a narrative of innocence if they were under investigation where proof was easily seen through blockchain transactions. Do you know @MennoPP ??

UPbit and its proponents claim that the situation is due to a misunderstanding between regulators and the exchange’s executives, due to the exchange leveraging multiple digital currency wallets.

Thailand declares digital currencies as assets, to be regulated by Thai SEC

According to Reuters, Thailand’s Securities and Exchange Commission (SEC) is set to issue regulation on digital currencies and ICOs before the end of June.

Until then, offerings of digital tokens are purportedly not allowed. Further, a recent decree grants Thailand’s SEC the authority to regulate digital assets. As a result, traders and operators of digital assets will need to register with the SEC within a 90-day period.

Previously, Ethereum co-founder Vitalik Buterin joined OmiseGO in a ‘fruitful’ discussion with Thailand’s SEC, although it is not clear how said discussion impacted the outlook of regulators on the digital currency industry.

This week, the General Affairs Council of the EU adopted a directive for strengthening European Union rules in order to prevent money laundering and terrorist financing.

According to a press release, these changes will broaden access to information on beneficial ownership, improve transparency in the ownership of companies and trusts, and address risks linked to prepaid cards and virtual currencies.

“These new rules respond to the need for increased security in Europe by further removing the means available to terrorists”, said Vladislav Goranov, minister for finance of Bulgaria, which currently holds the Council presidency. “They will enable us to disrupt criminal networks without compromising fundamental rights and economic freedoms.”

Further, the Council claimed that these directives do not aim to hinder the “normal functioning of payment systems.”