Toronto Cryptocurrency Conference Shares Insights on the Future of Blockchain 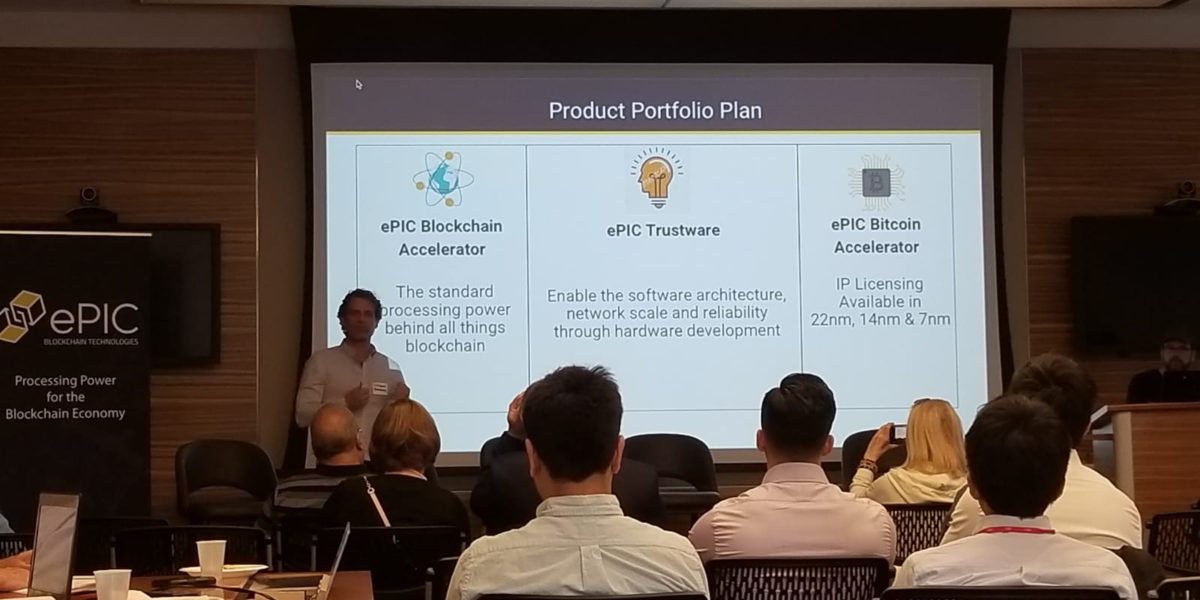 Familiar faces but new revelations on the trajectory of blockchain developments gave a real die-hard flavour to this panel event.  On Wednesday, May 23rd, Toronto Starts hosted its fifth Toronto Cryptocurrency Conference where speakers discussed the future of Blockchain.

The panel talked about blockchain application, mining and regulation and left the audience more informed about the potential that remained to be filled in each of these areas.

Developments in the very public eye

As a young industry, Blockchain technology is only in its ninth year of application but has already disrupted our existing socioeconomic systems in a major way. The last two years in particular have proven to be its most mainstream years yet.

“2017 was Blockchain’s breakthrough year,” said Mikhalchenko as he presented a condensed timeline on the evolution of blockchain from 2017 to its present-day state. “We saw an increase in the number of Blockchain events and conferences.”

Alongside this, there was increased coverage for Blockchain in mainstream media, the growth of cryptocurrency exchanges and the milestone $3.5BN revenue that mining giant, Bitmain, was able to hit.

Mikhalchenko’s timeline confirmed that 2018 wasn’t far behind in terms of adding new milestones in Blockchain. The industry saw traditional financial players join the movement to make Bitcoin even more mainstream. Namely, it was the CME and CBOE that started to trade Bitcoin futures and Goldman Sachs that started their own trading operation for Bitcoin.

Regulation for the industry also found its voice in 2018 with “nation states stepping in and making positions in the space,” said Mikhalchenko.

As such, this rapid technological change in such a public sphere has rightly presented its opportunities and its challenges.

For those building blockchain solutions, this is a time to focus energy on solving real and present problems. The speakers almost unanimously agreed that these problems included identity management, upgrades to available healthcare solutions (especially in the United States) and supply chain management including “providence of product” solutions.

However, as is the case with all new technologies, there has been a lag in blockchain’s ability to deliver on its promises. In order to truly become available to the masses, there are several upgrades and developments that need to be in place first.

For the general consumer to be onboard with a blockchain, for example, the user interface and design of the protocol needs to be easy to understand and operate. More so, while the industry touts the benefits of decentralization and security, blockchains are not yet scalable.

“Blockchains are slow and small,” said Howard. “How can regular people use it outside of speculating on cryptos?”

Further, the massive of growth of some organizations – like Bitmain – leads to the question of whether the space is truly decentralized. The footprint of huge players like Bitmain has led to mining becoming less profitable for the smaller player.

In a move to combat the near-centralization by Bitmain in the mining game, certain cryptocurrencies including Monero and ZCash are hard-forking to become ASIC-resistant.

However, “forks create a ton of overhead and suck a lot of energy,” warned Howard. “The underlying value of what Monero can build as a community is significantly lowered, despite its growth in market cap”.

Johnson agreed that it would be unwise to “abandon ASIC-mining and that a self-forking ASIC would eventually exist,” using his comment to raise awareness of Bitcoin Gold’s recent 51% attack due to dark mining pools.

Blockchain could mean the ability to tokenize every asset

As far as an upgrade to blockchain is concerned, scalability and the “internet of blockchains” would be the future, bringing forth the of ability blockchains to be able to talk to one another and operate in tandem.

Tokenized economies could also be expected to grow in the near future.

“We’re going to be able to tokenize everything and turn them into securities, and that will eventually get less expensive,” said Howard

To that, Nasser added, “there are obligations for token issuers to participate in regulation, spread the right information about regulation and discourage the prevalence of scam artists.”

He additionally credited the efforts of Alan Wunsche and Laura Pratt of TokenFunder in playing an active role to “set a platform around the issuance of tokens in a regulatory-compliant fashion.”

Looking ahead to regulation and GDPR

On regulation, Nasser confirmed Coinsquare’s efforts to be mindful of what cryptocurrencies were being added to their platform. “There’s a lot of work we do to decide what we’re going to bring on next,” he said.

And last but not least, GDPR regulation has ushered in a new era of digital security for everyday users’ data being sold to third parties. This is quite in line with the ideologies behind blockchain technology.

“[GDPR] will push the use case for crypto”, said Howard. “[The public will ask] how they can tokenize their data to extract their fair share of value.”

In sum, there are a lot of positive happenings on the horizon. The industry is seeing a movement of talent and funds out of Silicon Valley into blockchain projects and a proactive approach to regulation in protecting all parties involved.

All pictures taken by Aaron Ballantyne.