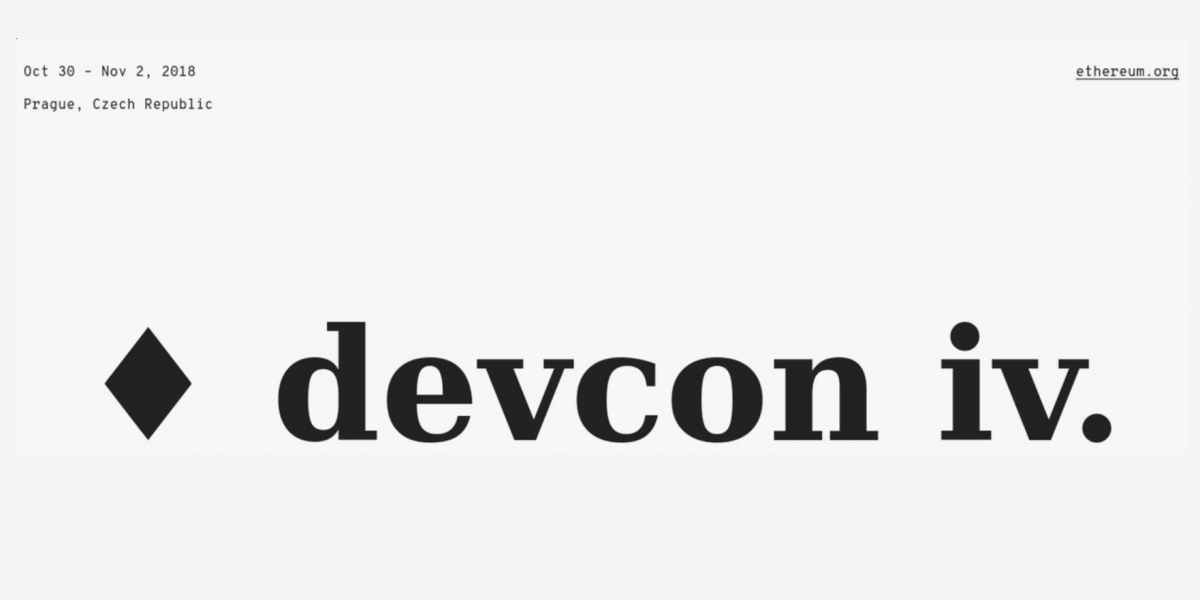 At Devcon 4, Ethereum revealed its plans to achieve Ethereum 2.0, an essential evolution if the blockchain is going to maintain its lead in the space.

Devcon is the annual Ethereum conference for blockchain developers and researchers and often a forum for showcasing key developments for blockchain technology.

This year’s Devcon 4 was held in Prague, Czech Republic, between October 30 and November 2, 2018.

The Russian/Canadian Ethereum co-founder Vitalik Buterin revealed Ethereum’s roadmap to take the blockchain to its next iteration – Ethereum 2.0.

Ethereum 2.0 will see the Ethereum blockchain apply a number of upgrades to improve its performance and ability to cope with many dApps, coin transactions, and with enterprise use. There are already over 2,000 dApps built with Ethereum and thousands of native cryptocurrencies.

The improvements are contained in mainnet, or blockchain upgrades like Ethereum’s “Constantinople” (link to roadmaps) and “Casper,” now called “Shasper.” The upgrades work to achieve this scalability, the ability of Ethereum to cope with wider or even mainstream use.

Ethereum 2.0  will also move the Ethereum blockchain from a proof-of-work (PoW) protocol to proof-of-stake (PoS), allowing Ethereum to scale more effectively and to become more decentralized.

On the way to Ethereum 2.0, three out of four update phases have been completed and the last stage is dubbed “Serenity” and, according to Buterin is “not so far away.”

“Serenity is more or less a new blockchain because it is a data structure that has no link to the Proof-of-Work chain,” said Buterin “The PoS chain will record the block hashes of the PoW chain. So, users will be able to move from PoW to PoS.”

The current Ethereum blockchain is able to process around 15 transactions per second, moving to Ethereum PoS could increase this amount substantially, though how many is yet to be determined. The actual launch date for Ethereum 2.0 is also not confirmed but one part, Constantinople has been tipped for early in 2019.

Immediate upgrades to the Ethereum blockchain, likely to happen sooner than Ethereum 2.0 in its entirety include improvements to “Vyper,” the new Ethereum smart contract programming language. As well as “Ethermint” a platform for scaling, or improving the capabilities, of dApps, and an iOS development kit for building Apple compatible smart contract deployments.

The Serenity upgrade to Ethereum 2.0 has been immortalised into a sing-a-long led by developers and with audience participation. Sing-a-longs possibly aren’t the most natural methods of expression for developers so the inclusion of one was both notable and memorable for Devcon4. The sing-a-long did reveal a more human side of developers who work daily on extremely complicated computerized technology.

However, there is a need for a new type of Application Specific Integrated Circuit (ASIC) mining machine. The new ASIC, instead of mining and validating blocks, will be used to move block validators around the Ethereum blockchain, shuffling them. This will prevent groups of stakeholders joining together to gain too much power over the blockchain

The Ethereum Foundation and blockchain-based storage sharing startup Filecoin will invest over $25 million CAD in building 5,000 open-source ASIC machines for this purpose.

As an Ethereum conference, Devcon 4 is of course focused on Ethereum. As the most widely utilized blockchain to date and the technology leader for blockchain Ethereum’s developments are critical to the entire space.

Ethereum blockchain technology is open-source, meaning it is shared amongst the development community and available for any blockchain developer to learn from and use inside or outside of Ethereum related projects.

Just outside of Ethereum itself, the planned launch of the Metamask mobile client was revealed at Devcon4. MetaMask is a browser add-on for Google Chrome, Firefox and Oracle that enables users to run Ethereum dApps. The mobile version will help to increase the everyday use of blockchain-based dApps and games.

Improvements to the Ethereum blockchain and indeed other blockchains and platforms like MetaMask are essential for blockchain development to continue and for blockchain to become a widely used technology. There are already a number of blockchain deployments ready to hit every day use like dApp games, browsers like Brave and the MetaMask add-on.