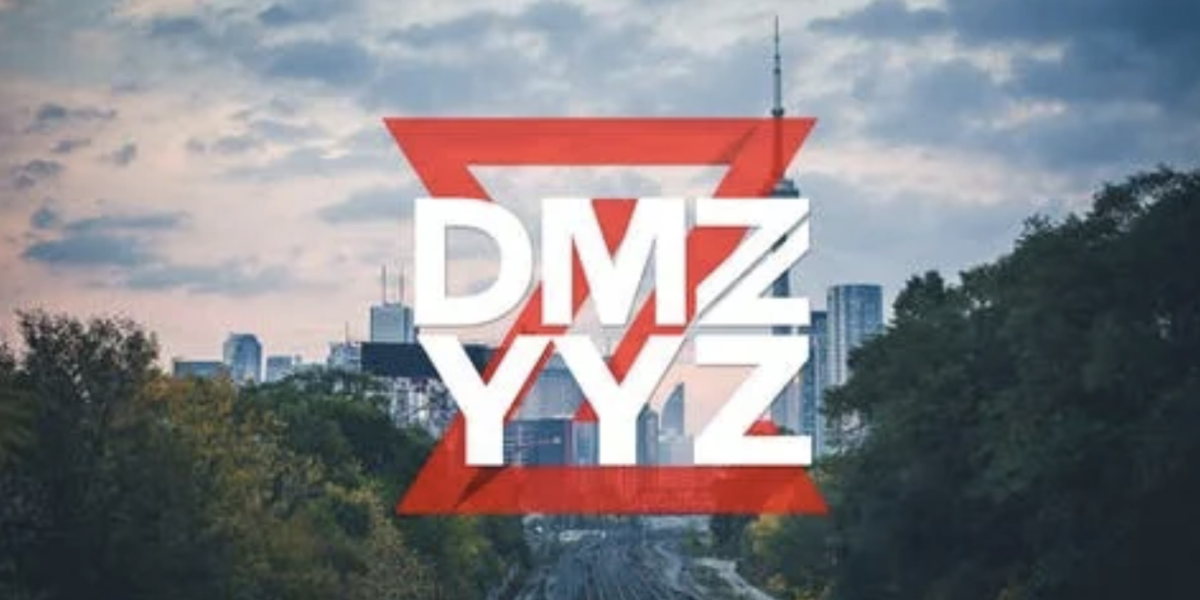 This edition of Monthly Blockchain Updates was full of high energy, partnerships and exciting blockchain developments. Co-hosted by the founder of The Blockchain Society Toronto, Bill Hennessey, and Waseem Khan of Dizruptiv, the duo opened the evening with some announcements and then introduced keynote speaker, Mike Lorrey, co-creator of BitGold.

Lorrey shared his initial foray into the world of blockchain and the creation of Bitcoin in collaboration with Nick Szabo.

He explained how in the early days, it was illegal for anyone in the United States to develop cryptographic keys bigger than 64 bits as their government did not have the know-how to decrypt them. Longer keys were considered armaments and Hal Finney (lead developer for pretty good privacy a.k.a. PGP) witnessed the arrest of Phil Zimmerman (CEO of PGP) for his cryptographic creations. Following that arrest there was need for the creators to operate under the Satoshi Nakamoto pseudonym and develop the bitcoin whitepaper with the security that their identities would be protected until digital currency was so widespread that arrests would not stop development.

“Now, no one can stop bitcoin and blockchain has enabled us to free ourselves from various power structures,” said Lorrey.

He concluded by cheering on the developers that are now “taking up the torch” to keep blockchain alive and well.

In the first announcement of the night, Hennessey welcomed Chris Mero, CTO of Nobul Corporation, the technology disruptor of real estate.

Mero opened by sharing how Nobul was changing real estate by directly going after consumer and agent pain points that include “high feeds, an outdated model, lack of transparency and no accountability.”

He discussed how the software would help both consumers and agents alike. Consumers had the power right from declaring their intent to accepting offers and closing transactions. Agents had the power to browse reliable deals, bid with specific services and commissions, win those bids and compensate a referral source – all within the blockchain, as opposed to needing intermediaries like lawyers, brokers and banks.

Mero went on to discuss the company’s impressive roadmap which included adding mortgage features, artificial intelligence, and an international presence.

Data sovereignty – let’s own our information

In the second announcement of the night, Eric Lifson of Skrumble Network took the floor to talk about how Skrumble is attempting to revolutionize how we communicate.

“According to Deloitte, 10% of the world’s GDP will be on a blockchain by 2027,” Lifson said. “We’ve created this platform for unguarded communication through a blockchain.”

The philosophy behind Skrumble’s mission is to help the individual take data ownership into their own hands.

“The problem is that centralized communication needs to go decentral,” he said. “We need to take data ownership back.”

He went on to explain that the Skrumble platform can get around firewalls, cannot be hacked, and allows for full-service communication, which included rich media transfer via video, photos, chat and more.

Last but not least, we heard from the evening’s panelists who included Sheldon Iwentash of 3D Capital (second from left), Maggie Xu of Decentral (third), Christian Saucier of Equibit Group (fourth), Scott Howard of ePIC Blockchain (last) and moderated by Waseem Khan of Dizruptiv (first).

What was the final motivation for you to enter blockchain?

Iwentash talked about his background as an investor. He had seen that the price of gold could be manipulated by the government with futures contracts and so when bitcoin came about, he knew it was going to be very lucrative but was also deeply fascinated by its immutability.

Xu discussed how she was sold on bitcoin when she realized that the “notion of trust” was being eroded and that a blockchain could solve it. “This tech is allowing us to claim back what we originally own,” she added.

Howard and Saucier were both big fans of the technology behind blockchain and echoing some of Xu’s comments, Howard discussed how “Facebook knows exponentially more about you than the government does and your data is not yours”.

Where do you see bitcoin and other digital currencies going in the future?

Most panelists agreed that 2018 is the year for regulation and institutional entry into the space. As for digital currencies, “we have yet to see the proof in the pudding,” said Iwentash.

“If you believe [cryptocurrencies have] provided all it can to humankind, then sell,” Saucier said as he appealed to audiences’ intellects. “But most cryptocurrencies will grow in market cap.”

What is the #1 thing you look at for an ICO?

He believed it was key for people to be asking about the real use-case of a project, the infrastructure behind a project, the mining protocol and whether it was simply arbitraging bitcoin.

“Everyone can have an idea and it’s not hard to write up a whitepaper,” said Xu. “Go to the project’s Github see how often it’s being updated. You need a community,” she added.

What is the biggest concern for someone wanting to mine?

“Consider what the application is that you’re going to run in the data centre beyond solving dumb math problems,” said Howard. “Miners needed to consider their profitability matrix, infrastructure and risk appetite before setting up a mining operation.”

How do you attract more developers and talent to the blockchain space?

“I find them at events like these and I’m slowly dragging them in through mining,” confessed Saucier. Iwentash pointed to geographical territories like Eastern Europe and Vietnam as hotbeds for talent.

Aside from BTC, what are your top 3 digital currencies?

Popular responses from the panelists included Cardano and EOS. “I’m a big fan of all the Z’s,” added Saucier as he went on to recommend Zencash and ZCash for their anonymity protocols.

The packed audience stayed around for a few questions, announcements and then dispersed to enjoy some extended networking.

All photos were taken by Aaron Ballantyne.

The Blockchain Society hosts its next event in partnership with BlockX Labs on May 23.