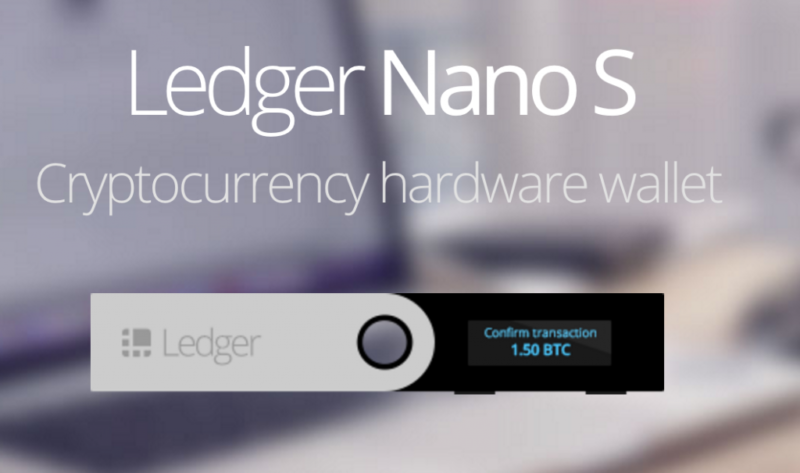 The round also included contributions from FirstMark Capital, Cathay Innovation, and Korelya Capital. The new round also saw follow on from investors that previously contributed including CapHorn Invest, GDTRE, and Digital Currency Group.

“Security will be paramount to [digital currency’s] success and we believe that Ledger has built the world’s best security platform to manage private keys for all blockchain and crypto asset applications.” said Simon Cook, CEO at Draper Esprit

The demand for hardware wallets grew considerably in the past year. Ledger recently announced that they reached the milestone after selling 1 million of their popular Nano S model.

This increase in popularity of digital currencies is likely beyond most reasonable predictions for growth. This growth brought with it an increase in demand for hardware wallets. Ledger is using the capital they raised to scale the company to meet this need.

They will also increase their R&D budget to help the company design increasingly innovative products and keep pace with rapid technological changes in the industry.

“We initially designed our Ledger hardware wallet as an enabler for the blockchain revolution,” said Eric Larcheveque, CEO of Ledger, “[We] are reaching a significant milestone in our path to build a technological giant in the promising space of cryptocurrencies. These funds will be used to keep investing significantly in R&D while scaling our operations and deploying our teams globally.”

“Ledger creates security for cryptocurrency far beyond what I get from my bank.” said Tim Draper, Founder of DFJ, the Draper Network, “This is where people store money now. Ledger lets me take control of my currency rather than having to ask my bank.”

There are many options when it comes to storing Bitcoin, Ethereum, and other digital assets. Hardware wallets made by companies like Ledger and Trezor, for instance, offer one of the highest levels of security. The security comes from storing information on the hardware device itself, away from prying eyes and safe from malicious attacks. Keeping your private keys safe is paramount to controlling your funds.

The decentralized nature of digital currencies, though, means there is no help desk to call if your funds go missing. Education is key to minimizing any risks associated with decentralized assets.

Ledger is one of the leaders of the pack for digital currency security. This new capital will hopefully bring with it new ways for consumers to ensure their investments are safe.