The Entrepreneurship Society Panels Discusses How to Invest Wisely in ICOs 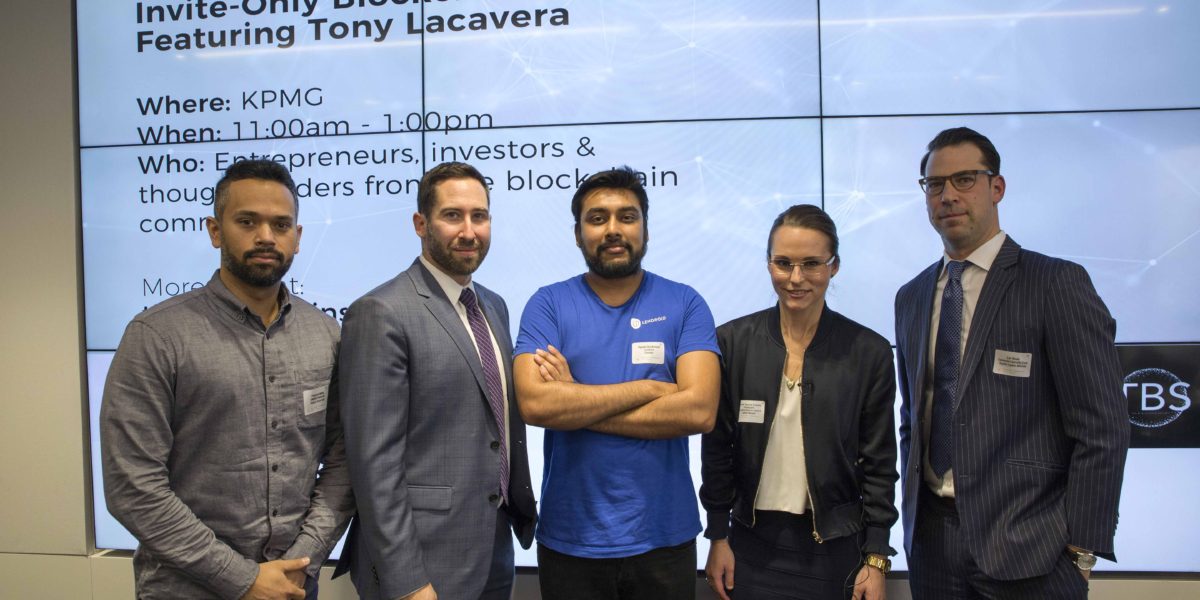 The Entrepreneurship Society hosted two-panel discussions on the subject of Blockchain Capital Markets & Evaluating Start-up Teams at Scotiabank Plaza in downtown Toronto. The first group of panelists had experts from PolyMath, the Blockchain Research Institute, and Tribalscale.

The panelists quoted John Oliver from Last Week Tonight in describing the current state of cryptocurrencies as “The Wild West.” Although there are securities acts and government regulations, most ICOs are not following them. The goal right now is to help companies become compliant in order to offer protection to investors.

Overall, the panel offered insight into how to approach ICOs, gave firm guidance for investors, and outlined how ICOs have changed venture capital investing.

Regulation will Completely Change the Game

Jenna Pilgrim, Director of Business Development at the Blockchain Research Institute, opened the discussion by highlighting the pressing need for education rather than attempts to sell to companies.

“We [the Blockchain Research Institute] exist as a non-partisan third-party that exists to found different projects and provide value to our clients,” said Pilgrim.

Chris Housser, co-founder of PolyMath, quit his job as a lawyer in order to devote his energy full-time to blockchain. Along with partner Trevor Koverko, they recognized a growing need within the market that they could fulfill.

“Polymath is a platform to make it a lot easier for private equity fund to tokenize their security on the blockchain,” said Housser.

There are fears that when greater government regulation is applied, it may choke the innovation that makes blockchain so worthwhile to begin with.

“We don’t want retail investors to lose access to this emerging industry and the opportunities that come with it,” said Arunan Sri, Entrepreneur in Residence at TribalScale.

“What ICOs, or the blockchain, allows are for anyone to invest in the early stages of companies,” added Housser.

Navigating the Risks of ICOs to reap the Rewards

Housser further pointed out that some ICOs have doubled or tripled in value, with others increasing tenfold. This contrasts with the stock market, where annual growth of 10 percent is considered tremendous.

There’s also the reality that Canada’s lack of regulatory framework has led to a brain drain of talent overseas to more friendly jurisdictions such as Singapore or Switzerland; Switzerland actively seeks to attract ICOs and has set up a working group to prompt action from key stakeholders.

“We need to all get together and do something about this,” said Pilgrim, “We can’t afford to be complacent, and time is not on our side.”

The ideal solution proposed is for the blockchain community to be proactive in setting up a self-regulatory organization that works with the Ontario Securities Commission and other regulators.

As things currently stand, there is a continual need for due diligence. While the potential returns are high, so are some of the risks. Consider that over half of ICOs from 2017 have failed and that 10 percent of the funds raised from ICOs has been lost or stolen.

Investors should look closely at the teams offering ICOs, as well as the plan for how the money raised will end up being used. If transparency is lacking, that is a red flag. After completing due diligence, token economics come into play.

Housser suggested that it is critical to learn about the price per token, how many total tokens are there and what the circulating supply of those tokens is right out of the gate. He also believes that the returns on ICOs will eventually decline and only be able to offer a more modest five to ten percent growth in the future.

A Difficult Task for Regulators

The second panel discussion featured speakers from OMERS Ventures, PolyMath, Canaccord Genuity, Miller Thomson LLP, Lendroid, and Coinsquare. Here, the discussion shifted more to talking about the merits of offering a utility token and the more stringent requirements when being classified as a security token.

“The most common thing we see right now is people looking to build exposure in digital currencies,” she said.

From a regulatory and best practices standpoint, “we’re trying to emulate an asset class that is already broadly accepted,” she added. “As we position ourselves for the next phase of growth, we’re looking to take the best components of the most mature asset classes out there and integrate them into this emerging asset class. Equities has regulation all over it, almost to the point that the pendulum has swung too far, but we’re trying to take the very best components of that world. Among other things, that means making sure we engage the regulators and that we have a diverse management team.” added Tremblay.

According to Len Sauer, Director for Canaccord Genuity, regulators have the task of creating a framework whereby investors will have protection. Tremblay believes that it is important to have an open door policy with regulators and work together as partners. She further highlighted that “it seems like the regulators in Canada are trying to create a partnership mentality with the companies that are emerging. I think they almost have to take that approach, as they need to be educated in order to make the right regulatory decisions.”

Further, Sauer noted that the current ICO process has stronger parallels to a reverse takeover, which also has the advantage of avoiding the more stringent disclosure requirements of an IPO.

As it stands, regulators appreciate transparency from the blockchain community and prefer being approached directly.

Ultimately, while there are pressing issues that need to be sorted out, ICOs will continue to represent huge potential opportunities for investment. When some of the smoke clears, we will likely see major changes; We may also witness a stronger blockchain community emerging that will prompt greater investor confidence.