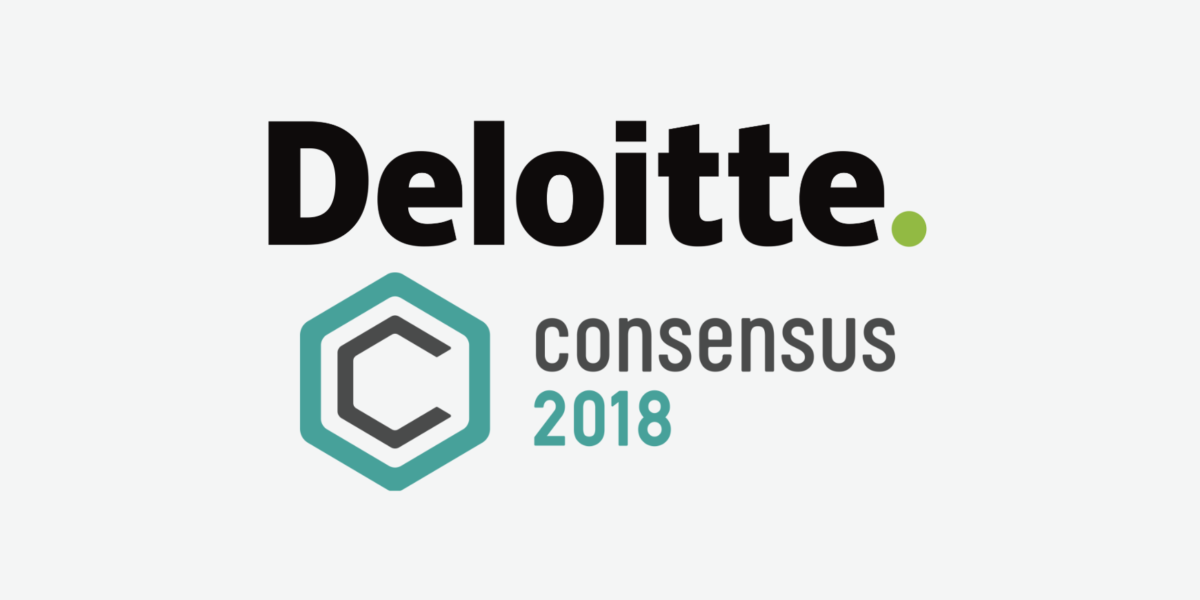 The survey had over 1,000 respondents and reportedly polled a sample of senior executives from companies with annual sales of at least $500 million USD in the U.S., China, Mexico, France, Germany, the UK, and Canada.

On day two of Consensus 2018, Deloitte took to the stage with the promise of an enterprise blockchain announcement. Deloitte delivered a preview of its annual global survey for the audience both live at Consensus, and those watching from the comfort of their own homes.

When asked the approximate investment that their organization would make specifically in blockchain technology in the next calendar year, 39% of survey respondents stated their company will invest at least $5 million USD (of that 39%, 16% indicated they will invest $10 million USD or more).

Conversely, 29% of respondents said blockchain technology is ‘important’ to their operations, but not within the top 5 strategic priorities. 21% called blockchain ‘relevant,’ but not a strategic priority, while 4% stated it will not be relevant, and the remaining 4% said they are unsure.

Deloitte study: blockchain’s impact on commerce will be ‘significant’

Both speakers provided insight into the current hurdles that major companies face when engaging with blockchain technology. Through the survey’s findings, the speakers acknowledged that blockchain technology is “worth it,” for these companies, which are investing significant time and resources into the industry despite its challenges.

Discussing current obstacles, 39% of respondents said regulatory issues are a barrier to blockchain investment. 37% said implementation and the process of replacing or upgrading legacy systems is a barrier, and 35% cited potential security threats. It’s important to note that responders were allowed more than one answer.

“The convergence that we’re seeing between large and more established businesses, and those newer innovative businesses in the bold play market,” added Massey. “These folks coming together validates that what we’re doing is right. It’s bold. This is history we’re making here, and we’re living this together.”