How Canadian Don Tapscott Became the Face of Blockchain Research 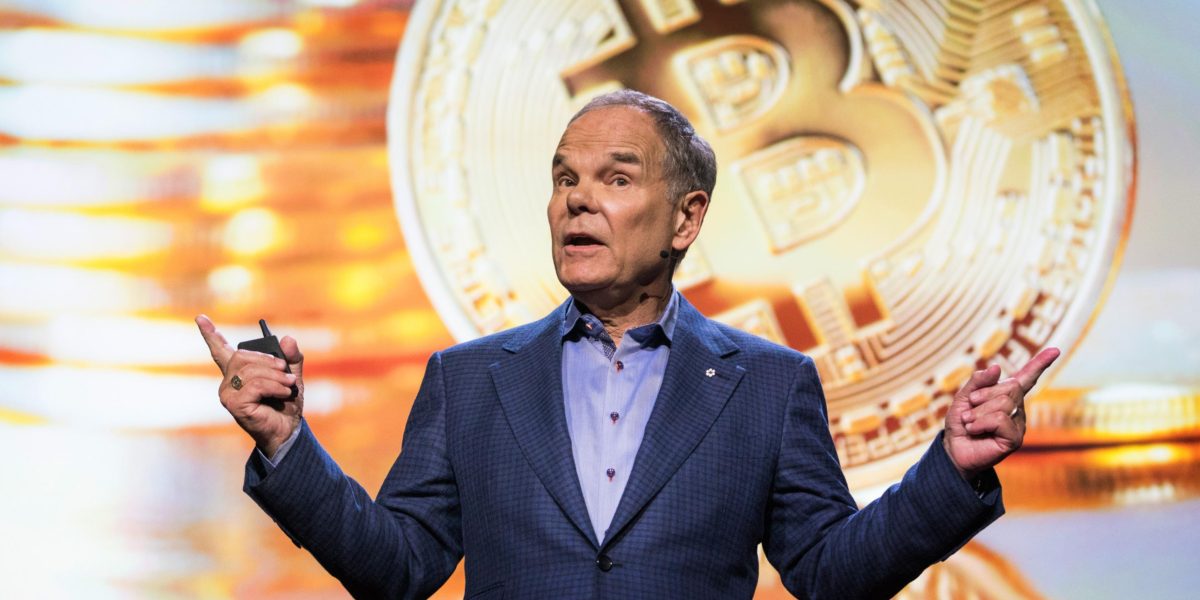 In the nascent blockchain industry, proponents like Don Tapscott have been instrumental in demonstrating blockchain’s true potential to businesses, fellow industry leaders, and the public as a whole. Born in Toronto, Don Tapscott is a best selling technology author, co-founder of the Blockchain Research Institute, and an overall champion of blockchain’s development both globally and in Canada.

Set on changing the world after university, Tapscott ran in the Edmonton mayoral race

Born in Toronto, Don Tapscott lived in Orillia, Ontario as a teenager. He went on to attend Trent University and graduated with Bachelor of Science in Psychology and Statistics. Additionally, he has a masters in Education, Specializing in Research and Methodology, from the University of Alberta.

As Tapscott explained in an over-a-decade-old discussion with TRENT Magazine, his career was far from a priority in his mind when he left Trent University.

“After Trent, I had a few little ambitions: I wanted to change the world, stop the war in Vietnam, end poverty, have social justice around the world, move to a truer democracy,” he explained. “I was a real radical and worked at that for several years.”

His pursuits after university largely aimed to change the world. Tapscott worked on community newspapers, travelled around Canada, participated in several university strikes, and served as head Marshall in Edmonton during a national day of protest in the 70’s.

Tapscott even ran as a candidate to serve as Edmonton’s mayor in in the late 70’s, a stint which was more about enacting change than supporting political ideology.

One of Tapscott’s most notable early pursuits was his role as the owner and CEO of New Paradigm. Founded in 1992, the company produced research focused primarily on the role of technology in the business world.

Tapscott as the blockchain era approached

2007 was a major year for Tapscott. Alongside his success co-authoring the book Wikinomics: How Mass Collaboration Changes Everything, the sale of his former company, and his employment at Moxie Insight, he also founded the Tapscott Group in Toronto.

Today, he is still the CEO of the Tapscott Group, a think tank which furthered his clout in the technology landscape. A decade after its launch, he would go on to co-create the Blockchain Research Institute in 2017, but not without first earning a fair share of accolades.

Among his many credentials, Tapscott earned honorary degrees from the University of Alberta, Trent University, and McMaster University. He was also named the number one Digital Thinker in the world by Thinkers50.

Arguably, however, his biggest accolade to-date arrived in 2015, when he was named a Member of the Order of Canada. This national order is the second highest honour for merit in Canada’s system, second to only the Order of Merit, which is a personal gift from Canada’s monarch, Queen Elizabeth.

Creating the Blockchain Research Institute with his son

Tapscott’s son, Alex Tapscott, is another leading figure in Canada’s blockchain movement. The pair have a history of cooperating on innovative projects, and co-wrote Blockchain Revolution: How the Technology Behind Bitcoin Is Changing Money, Business, and the World. Released in 2016, the book serves as one of the industry’s best-sellers.

“When Alex Tapscott and I published Blockchain Revolution in 2016, the technology was barely on most people’s radar. ‘Blockchain? What’s that?’ they’d ask us in tones usually reserved for those who speak Klingon in public,” said Tapscott, in a retrospective piece published in April 2018.

In the piece, he explained that “blockchain’s potential was obvious to anyone who took the time to look,” and praised the technology’s ability to give new life to the digital economy, without the need for intermediaries

“We recognized the profound shortage of thought leadership: few people were helping these brilliant entrepreneurs to bridge the gap so that they could influence decision-makers in business, government, and civil society,” he added. “We saw this knowledge gap as one of the most serious challenges to blockchain implementation, and so Alex and I set out to address it.”

To address this issue, the pair founded the Blockchain Research Institute in March 2017.

Based in Toronto, the BRI is a organization which looks to research and develop real-world applications for blockchain technology. The institution is a significant player in Canada’s blockchain movement, and continues to grow its network of partners and bolster the blockchain scene both in Canada and abroad.

Previously, the organization partnered with India’s National Association of Software and Services Companies (NASSCOM) to help foster a blockchain revolution in India as well.

Progressing the Internet of Value and Canada’s leadership

Today, the Blockchain Research Institute is one of the world’s leading venues for blockchain research. It continues to demonstrate its importance with innovative pursuits both locally and abroad.

Currently, Tapscott is one of the industry’s most respected thinkers, serving as a leading authority on blockchain. He often serves as an advisor for companies like WISeKey, as well as numerous other blockchain projects like ICON and Sweetbridge.

These pursuits further his status as an industry thought leader, as Tapscott continues to make his genuine interest in furthering blockchain adoption clear. Across various talks, televised appearances, and social media, he speaks openly about how blockchain has the potential to usher in a new age of commerce and shift the balance of power in our digital lives.

The so-called ‘Internet of Value,’ is one concept he feels particularly strongly about. Tapscott likens blockchain’s ability to value digital assets as a second internet, permitting digital assets to retain value in a way that was not possible even a few years ago.

As Tapscott explains, this allows for art, media, digital currencies, and an entire industry of assets that can now be valued without intermediaries. As a result, this movement can give power directly to creators and users, rather than third parties.

Ultimately, few in the blockchain space have been as instrumental in furthering the blockchain movement and bridging the gap between theoretical applications and real-world change. In the future, it is likely that Tapscott will continue to grow the industry both in Canada and abroad, and deliver on his formative days as a university-graduate bent on changing the world.