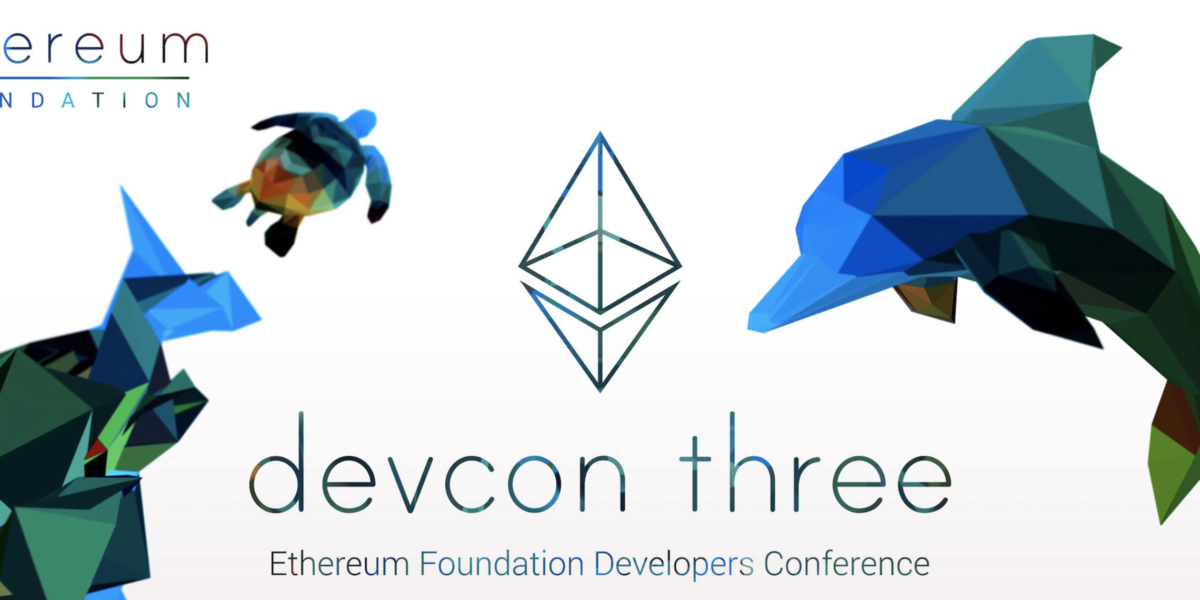 Devcon is an annual cryptocurrency event that brings together some of the smartest minds in the industry. The event focuses on the space around Ethereum and promotes healthy implementation of the currency into the mainstream.

With sponsors like Microsoft, Bitcoin.com, Hyperledger, the Enterprise Ethereum Alliance, Status and many others, this year’s event promises to be bigger than ever, and features a range of exciting guest speakers and announcements worth keeping an eye on.

The event is the third of its kind hosted by the Ethereum Foundation, and they’ve selected the Cancún International Convention in Quintana Roo, Mexico, as their venue.

Since Devcon’s focus is on Ethereum, it’s no surprise that the event is set to begin with a speech centered around the cryptocurrency itself. Commencing on the morning of November 1st, Ming Chan will lead the rest of the Ethereum team in their introductory remarks.

What we’re hoping to hear: We are hoping for a refreshing report on the scope of Ethereum, from the mouth of the brains behind the technology, in order to start the event with momentum.

Casper seeks to be the solution a potentially major issue for currencies like Bitcoin. The belief is that as Bitcoin continues to grow in popularity, the computing power required to mine it could grow exponentially. This consumption is purported to be the same amount of energy consumption as the entire country of Denmark by as early as 2020.

The solution is to create a way for currencies to be less energy-intensive, and Ethereum has put their support behind doing so through Casper.

What we’re hoping to hear: While the team behind Casper have released their findings to the public, we hope to hear more about the project now that they have a wider scope of attention.

With the Devcon stage allowing them to better broadcast the project’s importance, they are set to launch speeches on implementing Casper, how it will be verified, and a more intensive look at the project by its founder, Vlad Zamfir.

iExec was presented for the first time at last year’s Devcon, and the project aims to build the ‘first marketplace for Cloud resources,’ making it possible for applications to exist without utilizing a central system.

The organization aims to help create a decentralized economy, and to do so they’re hoping to provide DApps (Decentralized Applications) with the computer resources that they need in order to function as intended.

What we’re hoping to hear: The iExec team have promised to answer questions about the technology behind their ambitious project. This year’s convention is a great opportunity for the team to build from the momentum of the recent release of the iExec SDK in order to not only encourage the public to learn more about what they provide, but also to encourage education about Decentralized Apps in general.

Babbage is one exciting component of this year’s Devcon that might be flying under the radar. Babbage is a smart contract programming language that aims to make smart contracts easier to understand from a technical point of view.

Currently, Babbage is a project spearheaded by Dr. Christian Reitwiessner. In a post on Medium, Reitwiessner stated that, “Smart contract programming languages should be easy to understand and unambiguous [for developers to understand how they operate],” and that’s exactly what Babbage hopes to deliver.

What we’re hoping to hear: We’re hoping to hear more about Babbage directly from Reitwiessner’s to see if this newly created programming language has promise. It’s worth keeping an eye on because anything that promotes the use of smart contracts and aides its adoption has great potential to capitalize on the industry beginning to support decentralized platforms.

Ethereum is in an interesting place in its lifecycle as the public is becoming aware of its existence, but the currency is still massively overshadowed by Bitcoin in mainstream popularity.

Where Ethereum makes up for this, however, is with the fact that it’s far more than just a cryptocurrency. The technology is the basis for some of the most exciting projects in the blockchain industry, such as smart contracts, DApps, The DAO (the world’s first Ethereum-based Decentralized Autonomous Organization, and the most successful crowdfunding initiative of all time), and many others.

As projects continue to develop on the basis of Ethereum technology, it’s only a matter of time before Ethereum enters the public’s vocabulary.

What we’re hoping to hear: Devcon3 is by far the biggest event in the convention’s history, and with its cast of major supporters, it’s a real chance for Ethereum to continue its attempt to catch the interest of prominent players in the tech world, as well as educate the general public about the technology’s potential to disrupt the world as we know it.

The key theme that you’re going to hear throughout the event is the potential that the future of Ethereum holds, and a big part of unlocking that potential is making the world aware of its existence. Hopefully Devcon3 will provide the platform necessary to do so.

Beyond the entries on this list, Devcon3 has many exciting guest speakers and presentations that are worth paying attention to. Check back after the event for CoinSquare News’ coverage of the highlights and things to note.